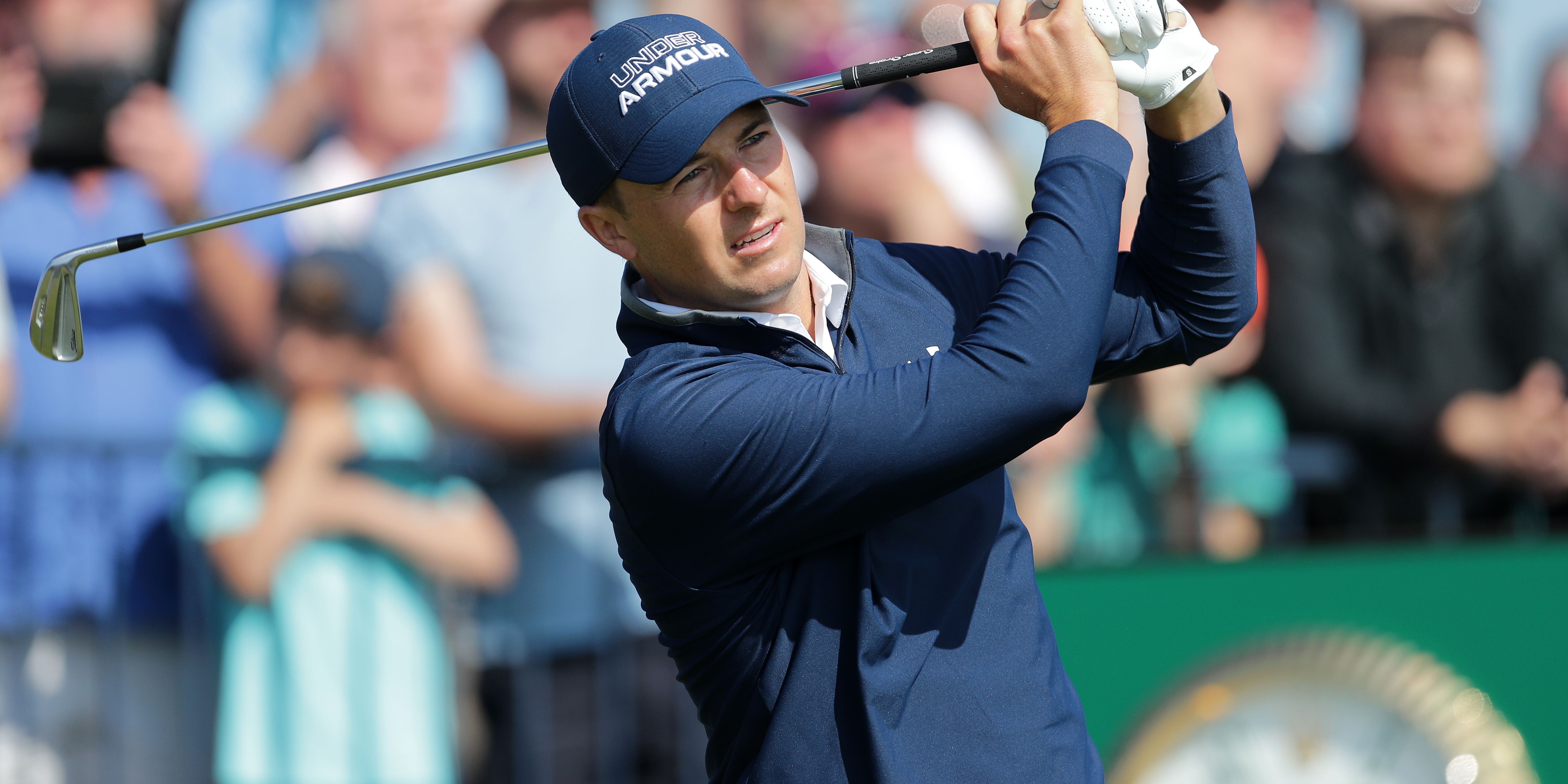 Jordan Spieth remains unconvinced that a curious coincidence means he has a 50-50 chance of winning the 149th Open Championship, although his prospects look bright following a superb start at Royal St George’s.

South Africa’s Branden Grace has played alongside the eventual winner in the first two rounds in both 2018 and 2019, with Spieth and Bryson DeChambeau getting the prized draw this year.

And although DeChambeau complained that his driver “sucks” after an opening 71, Spieth had no cause for concern following an opening 65 to lie a shot off the lead held by fellow former Open champion Louis Oosthuizen.

“I think that’s a coincidence,” Spieth said with a smile when asked about the ‘Grace effect’. “If it happens four or five times in a row, maybe people start paying to see who can get paired with him the first two rounds.”

Oosthuizen, who won at St Andrews in 2010 and lost a play-off at the same venue five years later, carded a flawless six-under-par 64 to enjoy a one-shot lead over Spieth and Brian Harman, with 2009 champion Stewart Cink part of a five-strong group on four under.

Major champions Danny Willett and Justin Rose led the home challenge on three under alongside Tommy Fleetwood, Jack Senior and Andy Sullivan, while Rory McIlroy birdied two of his last five holes to shoot level par as US PGA winner Phil Mickelson slumped to an 80.

Bryson DeChambeau’s claim that his driver “sucks” was met with a withering response from manufacturers Cobra.

Brandt Snedeker almost made a hole-in-one on the 16th and then made a second consecutive two on the 17th.

Former champion Louis Oosthuizen got off to a brilliant start with a bogey-free 64.

The 15th played back into the wind and to a scoring average of 4.365. Just seven of the 156-strong field managed a birdie.

The par-five 14th was straight downwind and Rory McIlroy reached it with two long irons to set up one of 80 birdies on the day. The hole played to an average of 4.577.

A breezy and overcast start with breaks in the cloud possible by mid-late morning bringing sunny intervals. Any remaining cloud will clear leaving dry, sunny spells. Winds easing a little at 15-20mph.