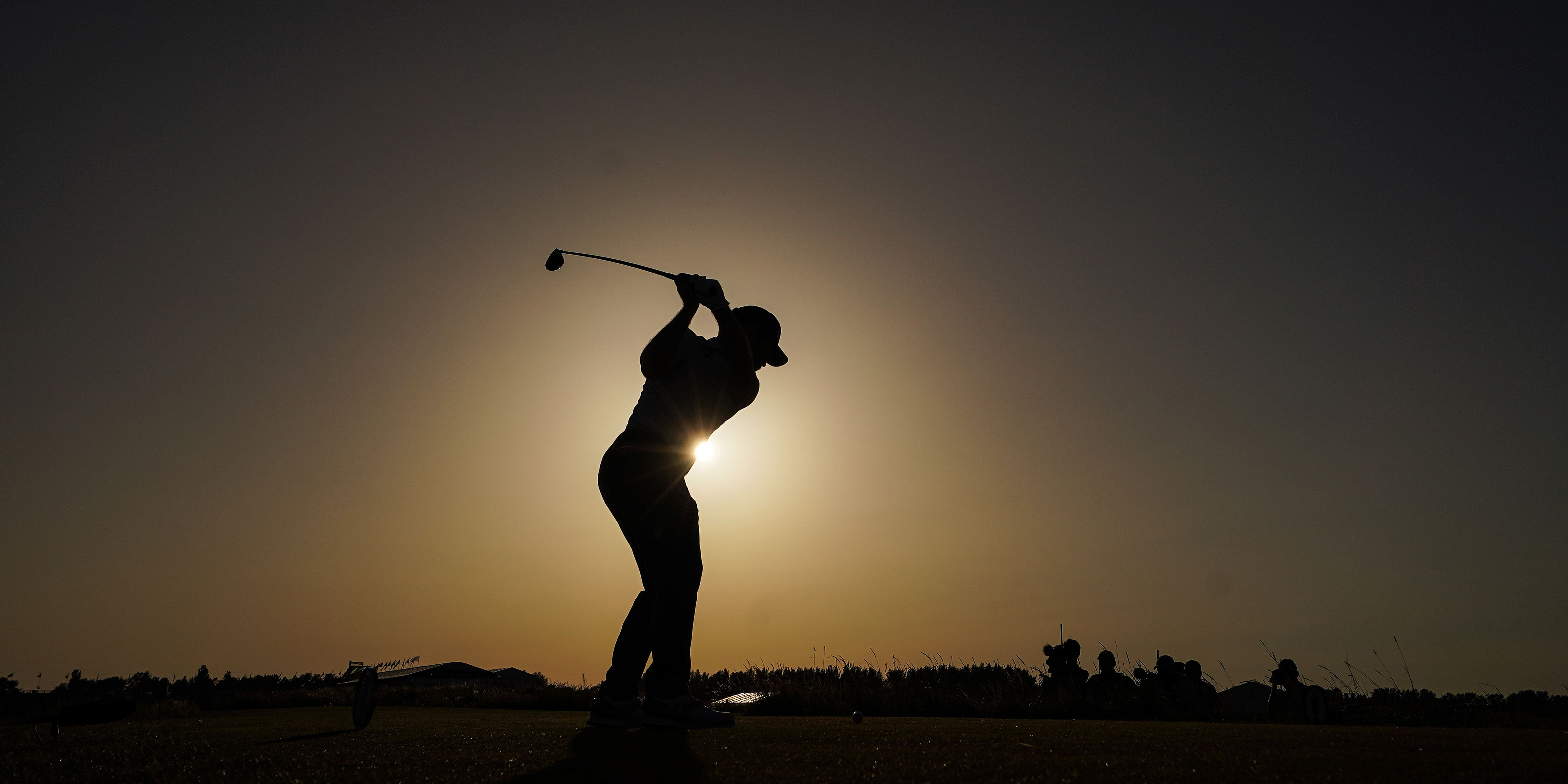 Louis Oosthuizen headed into the final round of the 149th Open with a one-shot lead on Sunday, 11 years to the day since he lifted the Claret Jug at St Andrews.

Aiming to become the first wire-to-wire winner since Rory McIlroy in 2014, Oosthuizen carded a third round of 69 at Royal St George’s to reach 12 under par, with 2020 US PGA champion Collin Morikawa his nearest rival following a 68.

Three-time major winner Jordan Spieth had enjoyed a share of the lead until dropping shots on the last two holes, the 2017 champion amazingly missing from two feet on the 18th and running off to sign his card before heading straight to the practice putting green.

At nine under par Spieth trailed Oosthuizen by three shots, with Corey Conners and Scottie Scheffler on eight under and US Open champion Jon Rahm, Dylan Frittelli and Mackenzie Hughes a shot further back.

Oosthuizen, who finished runner-up in the US PGA and US Open this season and had set a championship scoring record with his halfway total of 129, said: “The R&A weren’t happy with the low scoring and they put some pins out there which were questionable.

“I made a few loose swings out there but I’m very excited, it is a great position.”

Jordan Spieth literally ran from the 18th green and headed to the practice green after missing from two feet for par.

The “Sky commentator” in question was none other than three-time Open champion Sir Nick Faldo, who came up with a new way to describe Danny Willett hitting his tee shot out of bounds on the 14th.

Thailand’s Jazz Janewattananond produced a moment of magic from an unorthodox place on the 11th.

Scotland’s Robert MacIntyre carded the lowest round of the day and capped his 65 in some style with a birdie from 60 feet on the last.

Louis Oosthuizen could make history in several ways on Sunday.

For the third day running the par-five 14th played as the easiest, despite Marcel Siem driving out of bounds and making a triple-bogey eight. One eagle and 41 birdies resulted in an average of 4.532.

There was no change in the toughest hole either, the 15th playing to an average of 4.390 and yielding just two birdies from the 77-man field.

Another dry and sunny start with any dew evaporating by mid-morning. Becoming very warm or hot with light winds.