The astonishing rise of Justin Harding 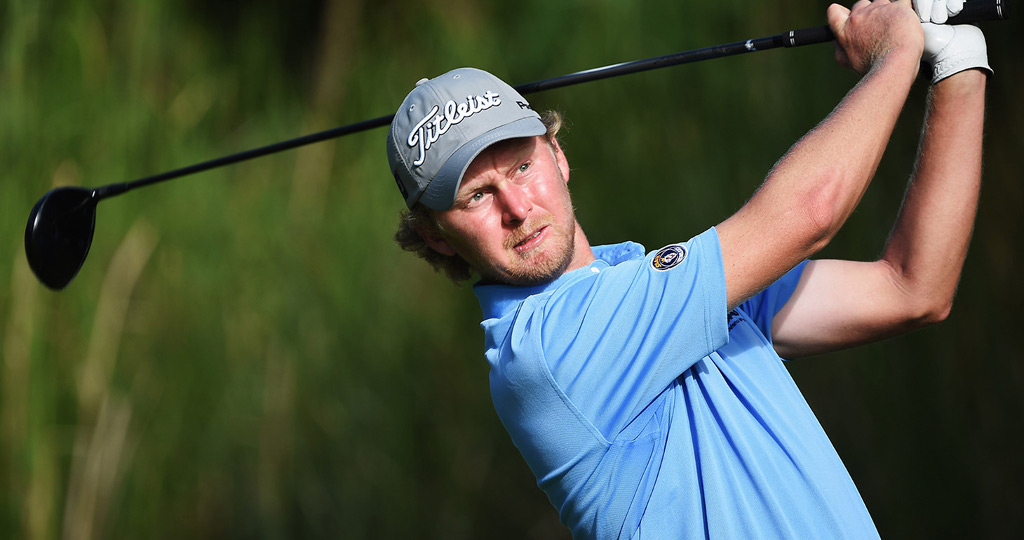 When discussing Justin Harding’s meteoric rise in the golfing world, it’s difficult to know just where to start. Back in 2017, the 33-year-old’s career looked to be going the same way as those of many South African pros go: stuck in the doldrums of the Sunshine Tour, playing in front of a handful of people as they wait for the co-sanctioned events to come around during the South African summer.

When the European Tour lands in South Africa for a few weeks every year, the local pros are given a chance to compete for purses that are ten times the amount they normally play for on the Sunshine Tour. The problem is, many of the European Tour pros also arrive in the rainbow nation to compete; the wealthier do because it’s a fantastic country to visit and an excuse for a working holiday centred around the safari parks. The less established pros around the world arrive to win and start the year off on the right foot so that they can get ahead in the battle to keep their European Tour cards.

Needless to say, it’s a bunfight of note. The size of the fields in these co-sanctioned events are some of the biggest in world golf and in some instances, some 250 players tee it up. As a South African pro, you are guaranteed absolutely nothing in your quest to make hay whilst the sun shines.

The 12 countries Harding has had a top 10 finish in over the last 12 months:

For a long time, Justin Harding was anything but a world name and under the pump to perform over a limited space of time in order to keep the fires burning at home.

That was until last year, when Harding began to make waves by winning twice on the Asian Tour, which included an impressive win at the Indonesian Open, as well as securing two wins on home soil. Every bit counts, but at this point, he was still flying under the international radar.

He did keep chipping away by showing consistent form which is the key to building the momentum needed for a big win. Before arriving at the Qatar Masters, Harding had managed to record 11 top-ten finishes around the world over 12 months and for those in his camp, it was just a matter of time before he won his first European Tour event.

A final round 66 would see him win the Qatar Masters in the first week of March and by doing that, the 33-year-old would kick down the door and barge onto the international golf stage. Harding now moves to 52nd in the world and within touching distance of an invite to the Masters in April.

Harding’s final-round playing partner at the WGC-HSBC Champions, Dustin Johnson, is the favourite to win the Masters at 9/1 in golf betting and the South African will draw inspiration from that in his quest to secure his first ever invite to Augusta. Having now mixed it with the best in the world, Harding will feel less like an imposter and that is usually the catalyst for more success for any professional golfer.

Anyone popping over to visit Justin Harding’ Twitter page, which now has a blue tick next to his name, the ultimate sign of having arrived, will see that his bio says ‘still looking for the secret but soon to been found’.

Many would concur that Harding has already found the secret but his willingness to keep searching means the best is still probably still to come.