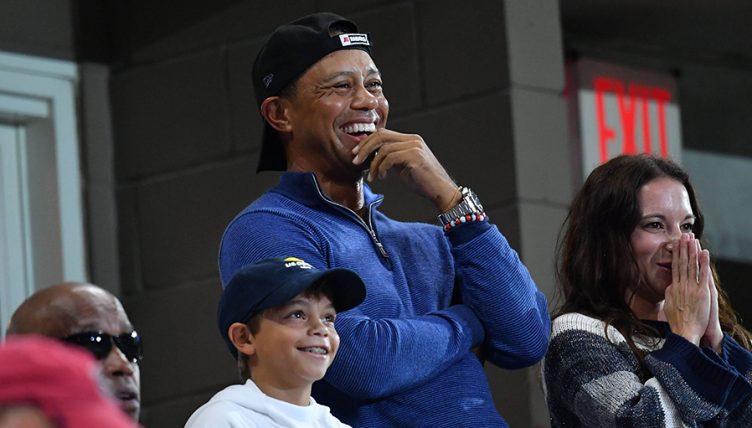 Tennis superstar Rafael Nadal paid an on-court tribute to Tiger Woods at the US Open, admitting the golf legend is a personal idol.

Nadal had just finished wrapping up a brilliant win over former champion Marin Cilic in New York, a match which had Woods in attendance in the stands, along with other notable names including The Big Bang Theory star Jim Parsons.

The Spaniard was interviewed on court afterwards, and was asked about Woods watching him, and whether he had any advice to offer him.

“I think Tiger don’t need any advice from me [laughs],” Nadal joked.

“I never had a big idol but if I had to say, one idol is him.

“I try to follow him every single shot that he hits through the whole year.

“For me, it’s a big pleasure to have him here supporting.

“He’s a big legend of the sport, one of the greatest sportsmen of all time.

“And I just want to congratulate him for one of the more amazing comebacks ever in sport winning The Masters this year.”