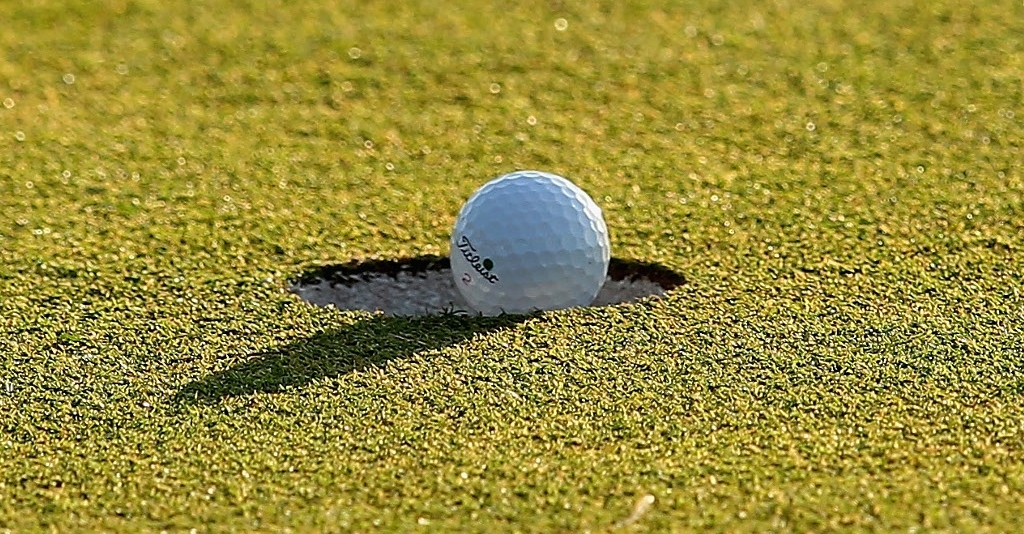 Looking for some quality reading material inbetween rounds? We take a look at 10 golf books that come highly recommended.

1. Harvey Penick's Little Red Book: Lessons and Teachings From a Lifetime of Golf

The 'Little Red Book' has become required reading for all players and fans of the game of golf, from beginners to seasoned pros.

The legendary Harvey Penick, who began his golfing career as a caddie in Austria, Texas, at the age of eight, worked with an amazing array of champions over the course of nearly a century, dispensing invaluable wisdom to golfers of every level.

Penick simplifies the technical jargon of other instructional books and communicates the very essence of the game, and his book is full of inspiration and homespun wisdom that reflects at once his great love of golf as well as his great talent for teaching.

This one caused a fair share of controversy when it was released in 2012. Suffice it to say, Woods did not authorise the book and made it quite clear he didn't appreciate its release or think much of its contents.

The book covers some of Tiger's most successful years, as well as some of his most challenging and trying. Haney was with Tiger 110 days a year, spoke to him over 200 days a year, and stayed at his home up to 30 days a year, observing him in nearly every circumstance: at tournaments, on the practice range, over meals, with his wife, Elin, and relaxing with friends.

Haney certainly wasn't above sharing details of these private moments, but while the book has its fair share of rumours and innuendo, it also contains a lot of more technical information on what Haney was working on in relation to Woods' swing.

For those looking for an insight into Tiger's process between 2004 and 2010 – the years Haney spent as Tiger's coach – and an insider's view on Woods' at-times perplexing personality, this 'tell-some' makes for interesting reading.

The best players know that golf is a game of confidence, and most important, concentration-the ability to focus and block out distraction.

The goal of achieving clear thought is also at the heart of Buddhist teachings. In his highly original and groundbreaking book, noted PGA coach and Buddhist instructor, Dr. Joseph Parent, draws on this natural connection and teaches golfers how to clear their minds, achieve ultimate focus, and play in the moment for each shot.

In chapters such as "How to Get From the Practice Tee to the First Tee", "You Produce What You Fear", and "How to Enjoy a Bad Round of Golf", the author shares a personal teaching regimen that has helped improve the games of professionals and amateurs alike.

By combining classic insights and stories from Zen tradition, Zen Golf helps eliminate the mental distractions that routinely cause poor shots and loss of concentration, allowing golfers to feel in "the zone" that professionals have learned to master.

4. A Good Walk Spoiled: Days and Nights on the PGA Tour

In the acclaimed bestseller, John Feinstein captures the world of professional golf as it has never been captured before.

Traveling with the golfers on the PGA Tour, Feinstein gets inside the heads of the game's greatest players as well as its struggling wannabes.

Meet superstars like Nick Price, who nailed a fifty-foot putt at the seventeenth to win the British Open, and Paul Azinger, who marked his return from a bout with cancer with an emotional appearance at the Buick Open. Go behind the scenes for Davis Love III's unforgettable come-from-behind victory in the Ryder Cup.

In golf, Feinstein eloquently relates, the line that separates triumph from disappointment is incredibly fine. "One week you've discovered the secret to the game; the next week you never want to play it again".

An oldie, but a goodie. With nearly one million copies in print, Five Lessons outlines the building blocks of winning golf from one of the all-time masters of the sport – fully illustrated with drawings and diagrams.

Hogan, one of the greatest golfers in the history of the sport, believed that any golfer with average coordination can learn to break eighty – if one applies oneself patiently and intelligently. With the techniques revealed in this classic book, you can learn how to make your game work from tee to green, step-by-step and stroke by stroke.

In each chapter, a different experience-tested fundamental is explained and demonstrated with clear illustration – as though Hogan were giving you a personal lesson with the same skill and precision that made him a legend. Whether you're a novice player or an experienced pro, Ben this is a valuable reference for anyone who knows that fundamentals are where champions begin.

Pelz shows you how to find your own personal weaknesses and how to improve them to efficiently lower your scores. Packed with all the knowledge, charts, and photos needed to learn from the master, this is an essential read for every golfer who's looking to improve his or her game.

Dave's approach to golf is easy to understand: 80 percent of the strokes golfers lose to par are determined by their play within 100 yards of the green – the crucial scoring game.

And nobody teaches the short game like Dave Pelz. His renowned golf schools and clinics have helped the likes of Tom Kite, Colin Montgomerie, Lee Janzen, Vijay Singh, Steve Elkington and Payne Stewart.

Pelz shares the understanding and techniques he has taught the pros, including a wide array of innovative tests and exercises for mastering those deceptive and high-pressure shots of the short game.

7. The Greatest Game Ever Played

For Mark Frost, Francis Ouimet and Harry Vardon represent everything that's right about sports in general and sportsmen in particular; gentlemen, champions, teachers, leaders, and each in their own quiet way, heroes.

In this book, Frost attempts to create penetrating studies of both of these men, along with over dozens of the game's seminal figures, within the dramatic framework offered by the tournament when they finally met, the 1913 U.S. Open.

Ouimet and Vardon were two men from different generations and vastly different corners of the world whose lives, unbeknownst to them at the time, bore remarkable similarities, setting them on parallel paths that led with a kind of fated inevitability to their epic battle at Brookline years in the future. This collision, Frost believes, resulted in the big bang that gave rise to the sport of golf as we know it today.

8. The Power of Positive Idiocy: A Collection of Rants and Raves

Ex-pro golfer and current golf commentator David Feherty has always had a distinctive voice, and here he delivers a funny and totally uncensored collection of rants sure to raise a smile.

Have you ever wondered where the weaknesses are in Tiger's game? Or what would happen if there were PGA Tour cheerleaders? Or how Old Tom Morris would play if he came back from the dead?

In The Power of Positive Idiocy, Feherty answers these questions, while providing commentary on ageing, Texas, the Irish, parenting, addiction, Charles Barkley, and, of course, every pro golfer and golfing situation you can imagine.

Full of laughs, wisecracks, and some great advice for anyone new to the game of golf, Feherty's collection provides an entertaining distraction.

9. Preferred Lies: A Journey To The Heart Of Golf

Successful Novelist Andrew Greig grew up on the east coast of Scotland, where playing golf is as natural as breathing, though he gave up the game in his mid-teens to focus on other loves.

After recovering from a near-fatal illness, he decides reconnects with family and friends via the medium of various golf courses throughout Scotland, from isolated courses few have ever heard about to hallowed St. Andrews.

Along the way, he writes about the different cultural manifestations of the game, the history, the geography, and the different social meanings.

10. The Making of the Masters: Clifford Roberts, Augusta National, and Golf's Most Prestigious Tournament

Storied Augusta and the Masters. For any golf fan, the words evoke the immortal greats of the game and their quest for the most prized trophy of all – the green jacket.

But behind the legendary links and timeless traditions is one of the most overlooked and misunderstood figures in the history of the Masters and Augusta National: Clifford Roberts, the club's chairman from its founding in 1931 until shortly before his death in 1977.

Roberts' meticulous attention to detail, his firm authoritarian hand, and his refusal to settle – even for perfection – helped build the Masters into the tournament it is today and Augusta National into every golfer's idea of heaven on earth.

David Owen was granted unprecedented access to the archives and records of Augusta National Golf Club. He has produced an honest and affectionate chronicle of the Masters, from its conception to its modern greatness, and a fascinating portrayal of Clifford Roberts – whose perseverance and pride forged the Augusta National we know today.