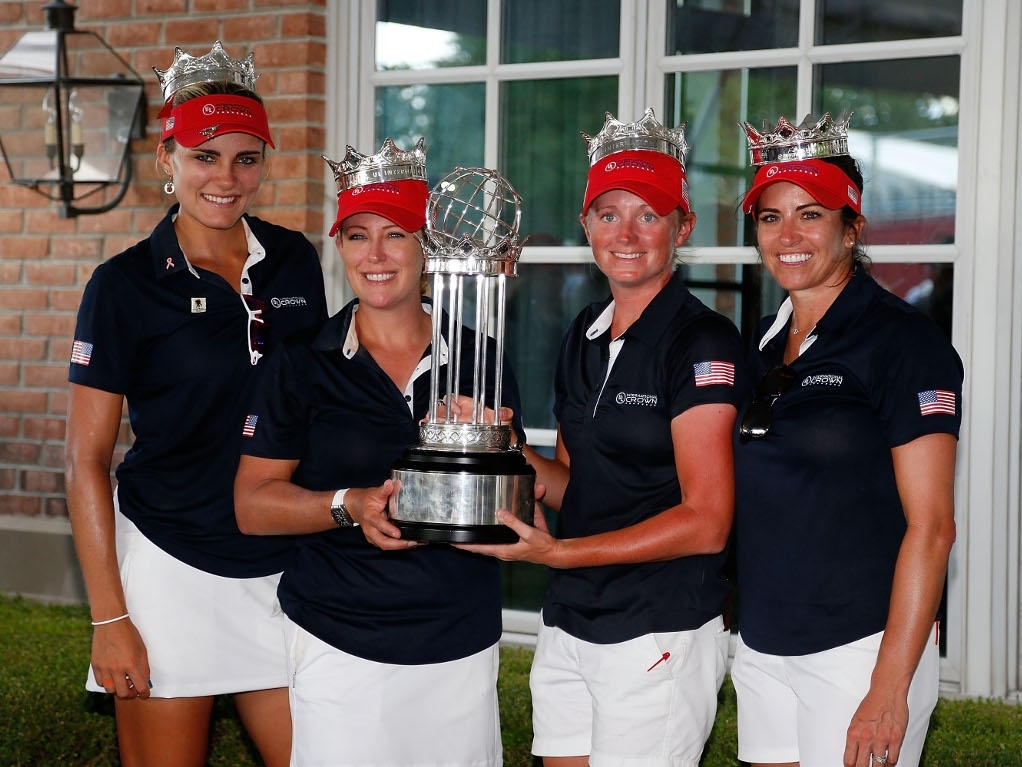 Team USA completed a brilliant come-from-behind win at the UL International Crown in Chicago on Sunday.

The American team, which consisted of Lexi Thompson, Stacy Lewis, Gerina Piller and Cristie Kerr, amassed 14 points over the four-day event to edge out Team Republic of Korea, who concluded the tournament with 13 points.

Starting the day with seven points, which put them in a tie with Chinese Taipei and one point adrift of Team Republic of Korea and two of Team England, Gerina Piller secured the first two points of the day for Team USA.

Piller, who defeated Yani Tseng 4&3, found herself 1-up on the first hole and doubled her lead at the third. Despite Tseng reducing the deficit at the fourth, Piller won three consecutive holes from the 12th to 14th to emerge victorious.

Lewis clinched two more points for Team USA as she defeated Japan’s Mika Miyazato 3&2. Lewis went 1-up on the first hole, but Miyazato brought herself level at the eighth. Like Piller, Lewis won three successive holes from the 13th to 15th to see off her opponent.

Next up for Team USA was Thompson, but the world number four could not deliver as she lost 2&1 to So Yeon Ryu of Team Republic of Korea.

Thompson claimed the lead on the first hole, but Ryu rallied and found herself 3-up at the ninth hole. Despite her massive lead, Ryu was unable to stop Thompson’s charge as the 21-year-old trimmed the South Korean’s lead down to 1-up. Thompson’s valiant effort would go in vain though as Ryu went 2-up at the 16th before finishing things off.

It was Kerr who delivered the win for Team USA as she downed Melissa Reid of Team England 3&2. Kerr took the lead right off the bat and increased it to 4-up by the fifth hole. While Reid did extremely well to reduce the deficit to 1-up at the 14th, Kerr made it 2-up at the 15th before making a birdie at the 16th to lead Team USA to victory.

Team England saw their lead disappear after Reid, Holly Clyburn and Charley Hull all lost their singles matches. Jodi Ewart Shadoff was the only player to pick up points for Team England on Sunday as she defeated Ssu-Chia Cheng 1-up.

A day of mixed fortunes for Team Republic of Korea saw them miss out on the title as Ryu and Kim came out on top in their matches against Thompson and Hull, but Amy Yang and In Gee Chun were defeated by Haru Nomura and Teresa Lu respectively.