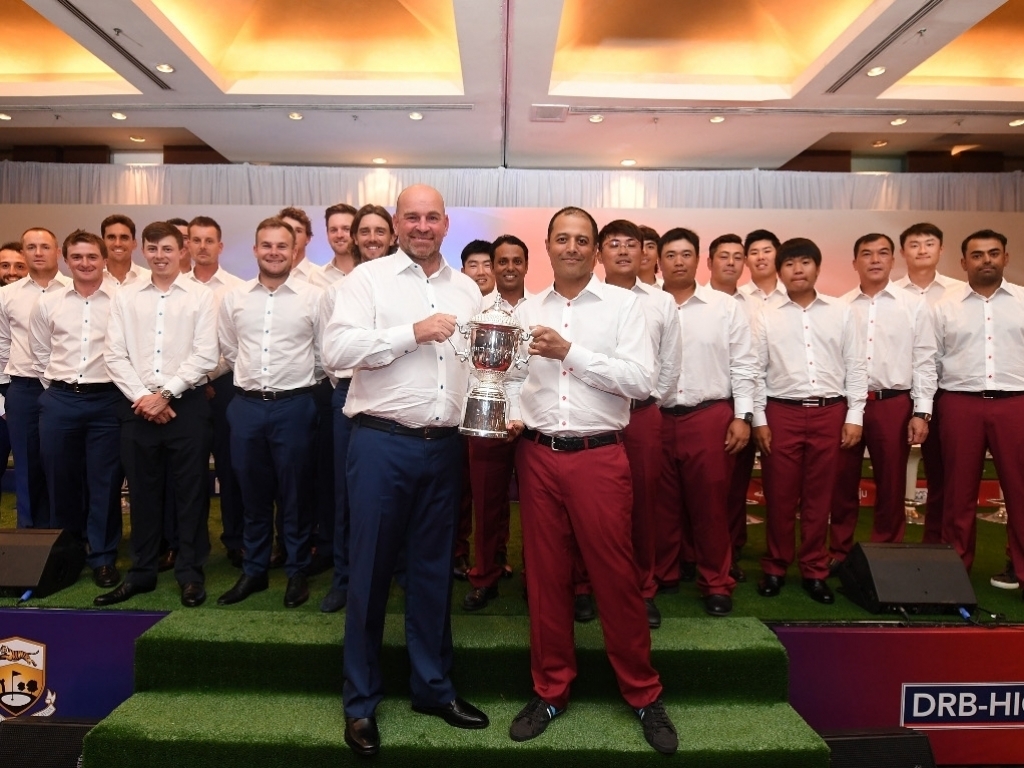 Having drawn 10-10 in the inaugural edition in 2014 and going down 18 ½ – 5 ½ in 2016, Atwal, who is captaining the side for the first time, is eager to set the record straight with a win at the Glenmarie Golf and Counntry Club.

The Europeans boast a very strong side, but Atwal is confident he has the players to cause an upset.

“The matches look pretty balanced. But the players in my team are all champions and they all know how to win,” said Atwal.

“If you come into our team room, you'll see their banners up and each and every one of them holding trophies. It takes a lot of guts and hunger to win a golf tournament, and all 12 of my players have it.

The Indian, who won the Asian Tour Order of Merit in 2003, is counting on Korea’s Byeonghun An and Thailand’s Kiradech Aphibarnrat to deliver the first point in their opening match against England’s Tommy Fleetwood and Paul Casey.

Asia’s second pairing of Yuta Ikeda and Gavin Green will also prove to be a formidable one as Ikeda, the highest ranked Asian player at world number 36 is poised to strike a decisive partnership with Green, Asia’s number one as they attempt to take down England’s Matthew Fitzpatrick and Belgium’s Thomas Pieters.

“I think Ikeda and me will have a good partnership. He's a pretty straight player off the tee and I'm a little longer, so I think that will be a really good line-up.  With him having much experience and taking me under his wing, it will be a good match,” said Green.

Atwal’s strategic pairing of Thailand’s Phachara Khongwatmai and Japan’s Hideto Tanihara where there is a mix of youth and experience could prove to be the difference as they face off with Sweden’s Alex Noren and Ireland’s Paul Dunne.

“I’ve played with Tanihara these past two days and I’ve learnt some skills from him. We should be able to do well as we try to complement each other,” said the 18-year-old Thai.

Malaysia’s Nicholas Fung together with China’s Li Haotong will then square off against Austria’s Bernd Wiesberger while the Indian duo of Anirban Lahiri and S.S.P. Chawrasia will try to wrap up the points for Team Asia in their last match against England’s Ross Fisher and Tyrrell Hatton.

“S.S.P. and I are very comfortable playing with each other.  We have great communication and we have played so much golf together.  We were at the Olympics a couple years ago, and I think we have very complementary game styles.

“He's a great putter.  I've been in good form finishing the year, so I feel confident with my game.  Hopefully we can go out there and make a bunch of birdies,” said Lahiri.