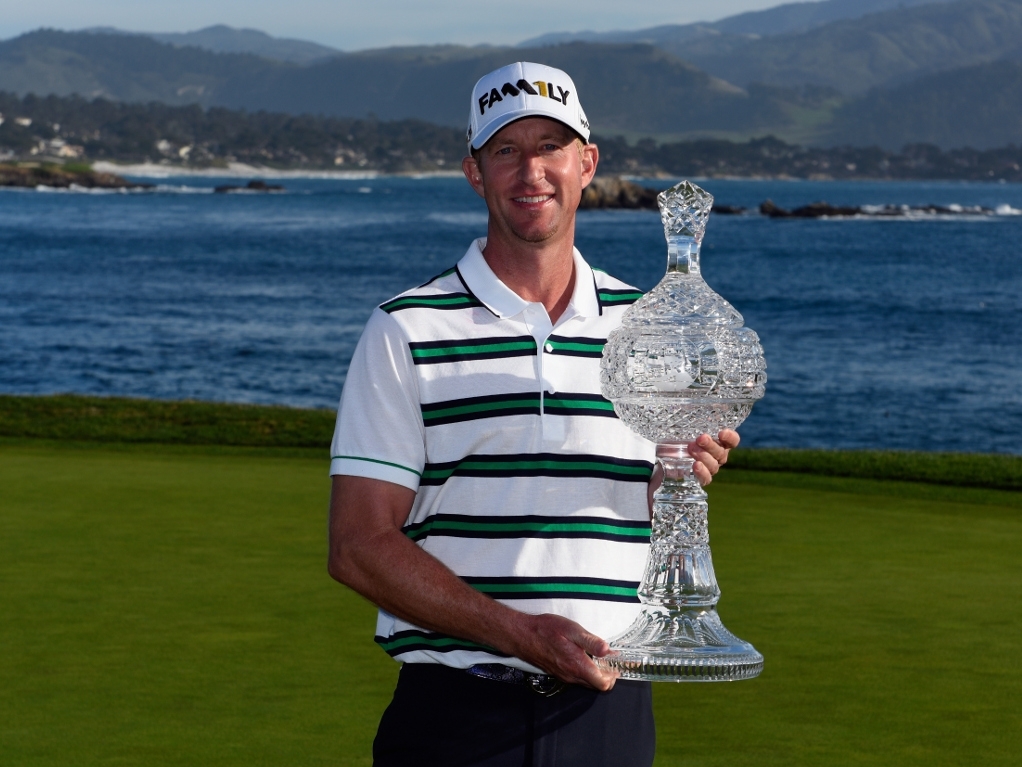 Vaughn Taylor carded a seven-under-par 65 to win the Pebble Beach Pro-Am by one stroke on Sunday.

Taylor claimed his first PGA Tour title in more than a decade, but had a little bit of help from Phil Mickelson who blew his chance to win a first title since 2013 when he missed a five-foot birdie putt at the 18th which would have forced a playoff.

It was not to be for the five-time major winner, with Taylor's mark of 17-under enough to finish one clear.

Sweden’s Jonas Blixt ended the tournament in third on 15-under, while his compatriot Freddie Jacobson and Japan’s Hiroshi Iwata were in a tie for fourth on 14-under. Patrick Reed was one of the big movers on the day, with his round of 65 propelling him to 12-under and a share of sixth with Justin Rose (69).

World number one Jordan Spieth surged up the leaderboard following a superb final round of 66 to finish in a tie for 21st on seven-under, while Jason Day slipped down into a tie for 11th on nine-under following a disappointing final round.

Taylor, whose last PGA Tour win came when he defended his title at the Reno-Tahoe Open in August 2005, made four birdies and two bogeys on the front nine before shifting his game to the next level on the back nine, which he started with a nine-foot birdie putt at the 10th.

The 39-year-old then proceeded to make four consecutive birdies from the 13th to 16th, which included a sensational 28-foot birdie putt at the 16th.

Mickelson struggled early on in his round of level-par 72 as he missed successive seven-foot par putts to record bogeys at the fourth and fifth. He did manage to end the front nine on a high with two birdies, but was unable to built on that on a back nine that included two birdies and two bogeys.

Lefty had a five-foot birdie putt at the last which would have sent the tournament into a playoff, but his putt was 15 inches wide of the cup and he was forced to settle for second place.

Blixt fired a three-under-par 69, which included three birdies, two bogeys and a 12-foot eagle putt at the par-five sixth to finish a further shot back.

After a third round of 74 which he would soon like to forget, Spieth kicked off his final round 66 with a 27-foot birdie putt at the 11th. He went on to make three more birdies on his front nine before registering two more on his back nine to climb up 33 spots on the leaderboard.

The Texan had spoken of the freedom that he would be afforded by not being in contention on Sunday, and it certainly appeared to aid his game.

Day on the other hand had a poor finish with a one-over-par 73, his worst round of the week, with a lone birdie at the tenth cancelled out by two bogeys.