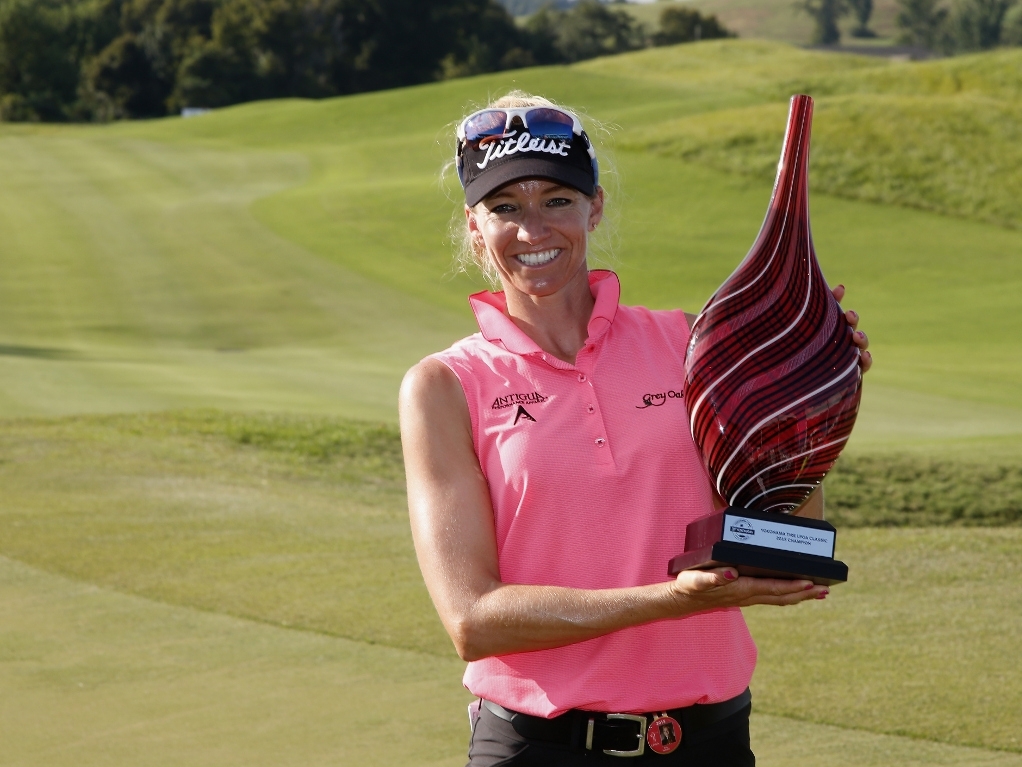 Kris Tamulis carded a seven-under-par 65 to finish on 17-under and she clinched her first LPGA Tour victory at the Yokohama Tire LPGA Classic on Sunday.

Chinese Taipei's Yani Tseng and Austin Ernst of the USA, who led after the second and third round respectively, finished in a tie for second on 16-under, while 2011 winner Lexi Thompson was in a tie for fourth with Sydnee Michaels on 14-under.

World number three Stacy Lewis was five strokes off the lead in a tie for sixth with Jaye Marie Green on 12-under.

Tamulis, who was playing in her 186th LPGA Tour event, was forced to play 29 holes on Sunday after the tournament was delayed by inclement weather on Friday and Saturday.

The 34-year-old began her final round strongly with five birdies and a bogey on the front nine. Tamulis was able to maintain her momentum heading into the back nine and she made three more birdies at the 11th, 14th and 17th to complete her one-stroke victory.

Tseng, who was searching for her first LPGA Tour victory since the 2012 Kia Classic, came up one stroke short as she made seven birdies and two bogeys during her round of five-under-par 67.

Overnight leader Ernst did not find scoring quite as easy as those around her did, and she was forced to settle for a three-under-par 69 and a share of second.

Thompson made three birdies, two bogeys and an eagle at the par-five eighth in her round of 69, while Michaels made five birdies in her closing 67.

Lewis had to settle for a tie for sixth, with her late bid of a tournament-best six-under-par 66, which consisted of eight birdies, including three in a row from the 11th to 13th hole, and two bogeys, not enough to see her challenge for top honours. Green closed with a 67 to sit alongside Lewis in a tie for sixth.