Swafford emotional after PGA Tour win: ‘The last two years have been tough’ 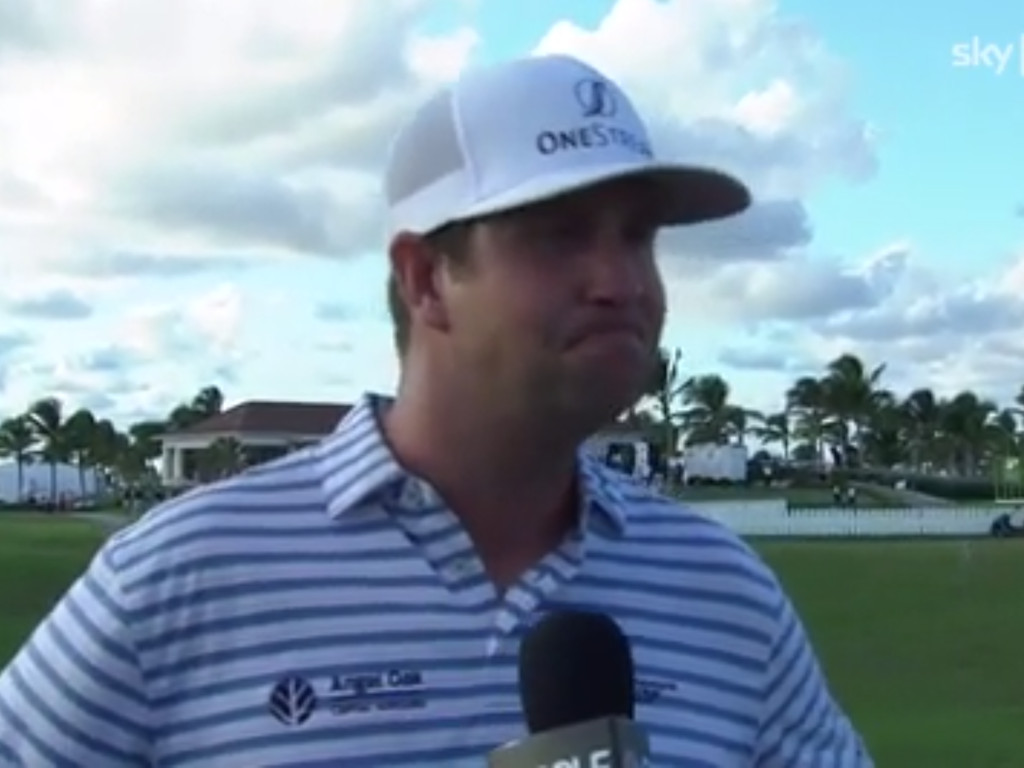 Hudson Swafford fought back tears as he described coming back from injury to win his second PGA Tour title on Sunday.

The American secured a one-shot win at the Corales Puntacana Resort & Club Championship after a dramatic final day that very nearly saw him throw it all away.

After surging to the front with a stellar front nine of five-under 31, featuring an eagle, three birdies and no bogeys, Swafford double-bogeyed the 13th and then dropped another shot two holes later to see his lead evaporate.

But with the pressure on at the par-3 17th, Swafford hit a superb tee shot to within 10 feet for a birdie, before a closing par secured the victory with a closing round of three-under 69.

Swafford, whose only previous PGA Tour win came at the CareerBuilder Challenge in 2017, recalls having to conjure up a similar shot on the same hole when he picked up his first win.

“I actually hit two good shots on 16 and hit a great putt [that didn’t drop] and I was kind of bummed out.

“I just told myself you gotta step up and hit a good flighted six-iron. I’ve done it a hundred thousand times. I love hitting that golf shot and, man… it was a good one, and an even better putt.”

Swafford spent much of the time inbetween his two wins on the sidelines after undergoing surgery to have a bone in his foot removed.

The 33-year-old couldn’t help but get emotional when asked how it felt to come back from injury and return to the winner’s circle.

“It’s amazing. Words can’t really describe it. The last two years have been tough,” he said fighting back tears.

“Not family-wise, though, me and my wife had our first son.