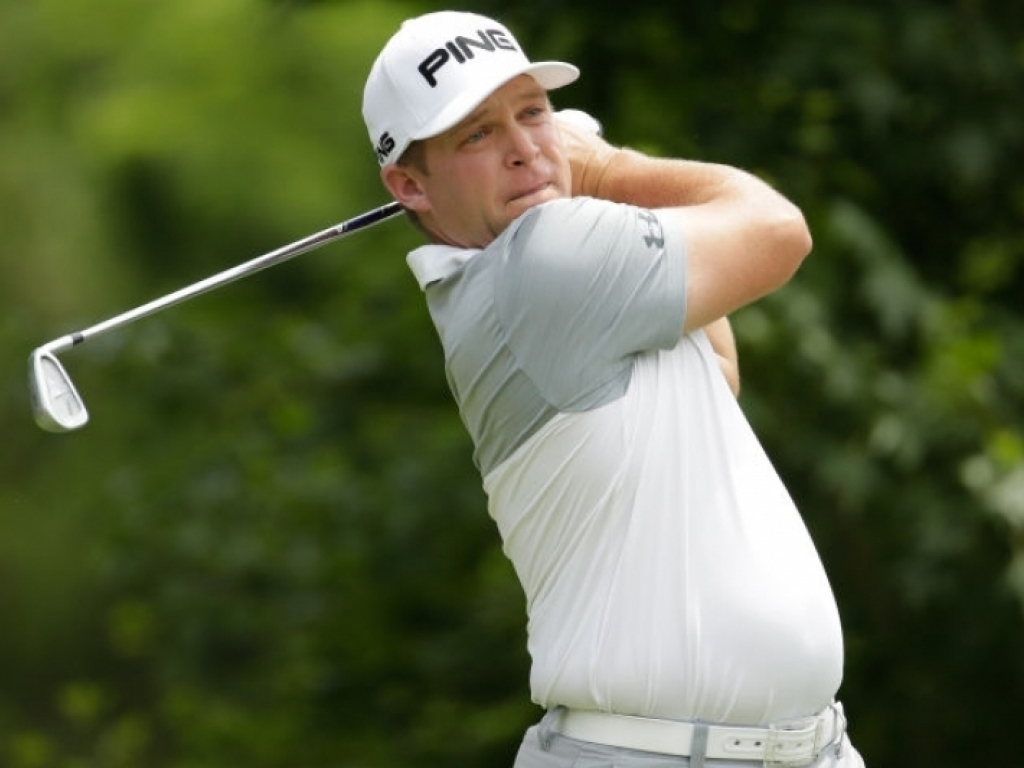 Daniel Summerhays shot five birdies for a four-under round of 68 to grab a three-shot lead at the Memorial Tournament on Saturday.

Summerhays kept his cool as those around him – most notably overnight leader Jason Dufner – lost theirs to put himself on track for a first PGA Tour win.

The 33-year-old Summerhays’ round took him from a five-shot deficit as Dufner hit four straight bogeys on the front nine. He then hit two balls into the water coming back to card a 77 – a complete turnaround for the American after he recorded a 36-hole record with two opening rounds of 65.

Dufner now lies four shots back from Summerhays, who leads at 13 under par.

Matt Kuchar, a winner at Memorial four years ago, finished on 10 under after recording three straight birdies on the back nine for a 67 that will see him play in Sunday’s final group with Summerhays.

Bubba Watson (68) and Justin Thomas (69) are tied for third with Dufner.

Rickie Fowler endured an up-and-down round, shooting a 72 to lie five behind.

After a sparkling opening two days, Dufner was left to reflect on a shocker.

“Today was pretty pathetic on all accounts, so have to play better tomorrow,” he said.

“The tournament is not over,” Dufner said. “It will be over tomorrow.”

Summerhays, meanwhile, remained wary of the dangers presented by the Muirfield Village course.

“A train wreck can happen at any moment,” he said. “And that’s why it’s such a great golf course because it does test everything. Legitimately from the first hole to the 18th hole, there’s a double bogey somewhere in there.”