Sullivan to the fore with searing 61 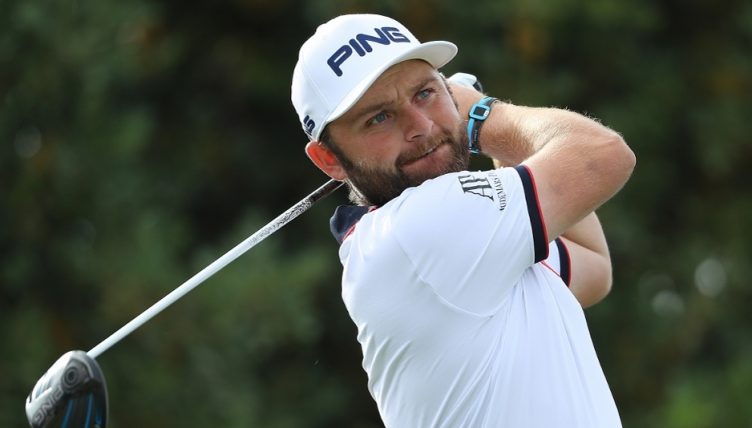 England's Andy Sullivan rocketed into a share of the Portugal Masters lead on Friday courtesy of a scintillating 10-under-par 61.

Starting the day four shots off the pace, Sullivan's magnificent round saw him move 21 places up the leaderboard and into a tie for the lead with Marc Warren, who led overnight and held on to a share of top spot thanks to another superb 65.

Lying just one shot behind the leading duo are Swede Jens and Irishman Padraig Harrington, who finds himself in rare contention at a European Tour event following rounds of 66 and 63.

American David Lipsky follows a shot further back, with the likes of Raphael Jacquelin and Mikko Korhonen a shot behind him.

"I knew I needed to go low today to get a beat on the leaders," he said. "So to go out there and shoot that score is absolutely fantastic. I had thoughts of 59 coming down the stretch there, but it wasn't to be. It's fantastic being on top of the leaderboard and giving myself a chance going into the weekend.

"The game's felt good for a long time. The putter's just been a bit cold and today I just holed a couple of good putts out there just to get the momentum going. It only takes a couple of putts to go in and you start seeing it go in all the time.

"More of the same for me. I know last year, I was aggressive the whole way around and I know I've got to be aggressive again."

Many players had been talking up a possible 59 at Victoria Clube de Golfe this week, and while that number hasn't been achieved yet, they are indeed getting close.

Sullivan's wasn't the only 61 on the day – Richie Ramsay also achieved the number, dedicating the round – his lowest ever on the European Tour – to his new baby daughter.

"It sort of just came out of nowhere," he said. "I've been in sort of a downturn but that one's for my daughter. She's been out supporting me, my smallest supporter but my biggest supporter at the same time. She needs something to shout about because dad hasn't been playing so good.

"It was a great round. I had a little bit of a thought of 59 but I just can't complain with ten under. Any time you shoot ten under is a great day.