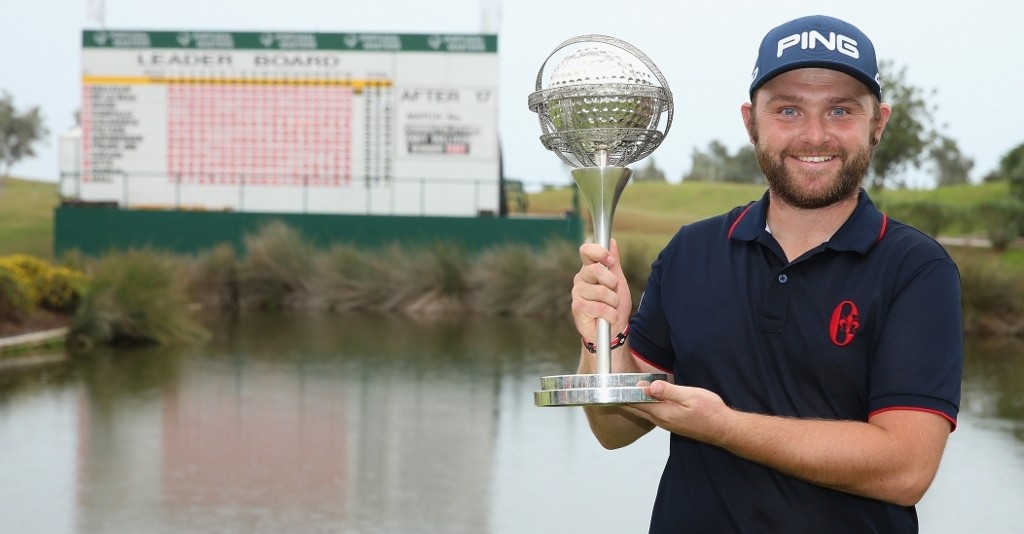 Andy Sullivan secured an emphatic wire-to-wire victory at the Portugal Masters on Sunday.

The Englishman's final round, a bogey-free five under 66, helped him finish on 24 under for the event, nine strokes ahead of Chris Wood.

Sullivan started the final round with a five stroke lead and extended it on the fourth hole with a sensational 25 foot birdie putt. The after finding the par five fifth hole green in two, he two-putted for another gain.

Three more birdies on the 14th, 17th and 18th would be enough for Sullivan to break the course record by three strokes and secure his third European title.

But the records didn’t stop there for the Nuneaton native, as he became the first player to win three European Tour events in a season.

The win at the Oceanico Victoria Golf Club follows his victories at the South African Open Championship and the Joburg Open earlier this year.

"Apprehensive to start, I was a little bit edgy and I think that putt on four really settled me down and from there onwards I just felt really comfortable all the way round," the 29-year-old told europeantour.com.
"I didn't really feel like I took that many risks until the end there and I just thought I'd play within myself and let them try and catch me.
"I'm not going to make any mistakes, and I didn't today. Bogey free is unbelievable, it's just what I wanted to do and it's just incredible."

Anthony Wall would finish tied for third with Trevor Fisher Junior and Eduardo de la Riva on 13 under.