Sullivan leads by one in Dubai 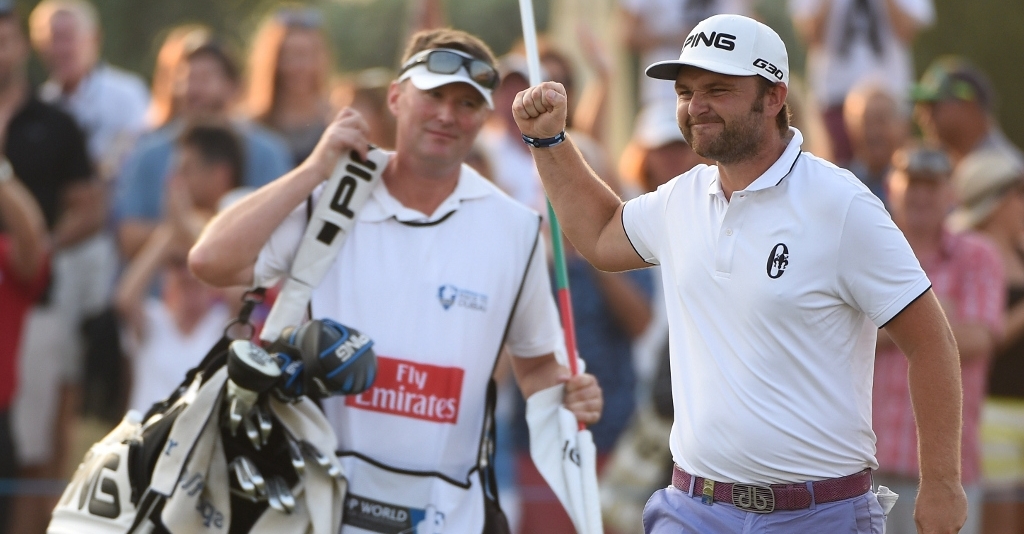 Andy Sullivan completed a flawless round of golf to earn a one shot lead after the second round of the DP World Tour Championship on Friday.

The Englishman carded his second six under 66 of the week at Jumeirah Golf Estates to earn himself a slender one stroke lead over Emiliano Grillo.

Grillo was superb in his own right, as the Argentine hit the lowest round of the day – an eight under 64 – to surge up the leaderboard.

But it was Sullivan who stole the show as the sun set, with an excellent birdie on the par five last to complete his bogey-free round.

After driving into the trees on the left, he got out of trouble but then pushed his approach shot a touch wide as well, with the ball eventually coming to rest on the crest of a ridge on the fringe.

Sullivan pulled out the putter and rolled the 32 footer into the middle of the cup, cueing a thunderous applause from the gallery.

"I think that enjoyment has just been a common theme all year," the 29-year-old told europeantour.com.

"That's one of the reasons I've played so well, me and Macca just got out there and enjoy it. They go hand in hand. It's been an incredible round all day with the crowds and the putts going in but the one on 18, I felt if I could get that in and top it all off it would be great. It was a big swinging left to righter that dropped in the front door and to get those fans going again was awesome…absolutely awesome."

Patrick Reed impressed with a second round 65 that included no less than nine birdies, including a run of three on the way home. The American is now three shots off the pace on nine under.

Rory McIlroy would card a second 68 of the week and is just four strokes off the lead on eight under, along with Charl Schwartzel and veteran Thongchai Jaidee.

Martin Kaymer had to use all his skill not to drop a shot on the 17th. The German’s ball was way short on the par three and he needed big wedge to get to the hole. He rolled in a ten footer to save par and would finish up on seven under.

Justin Rose fought his way into contention with a scintillating six under 66, cancelling out the uninspiring 71 he carded on Thursday and leving him on seven under.

Willett was lucky to recover from deep in the trees on the 18th to save par and card a final round of 70, leaving him on six under, tied for 13th. He has to win this weekend to edge McIlroy to the Race to Dubai title.