Sullivan lays down a marker 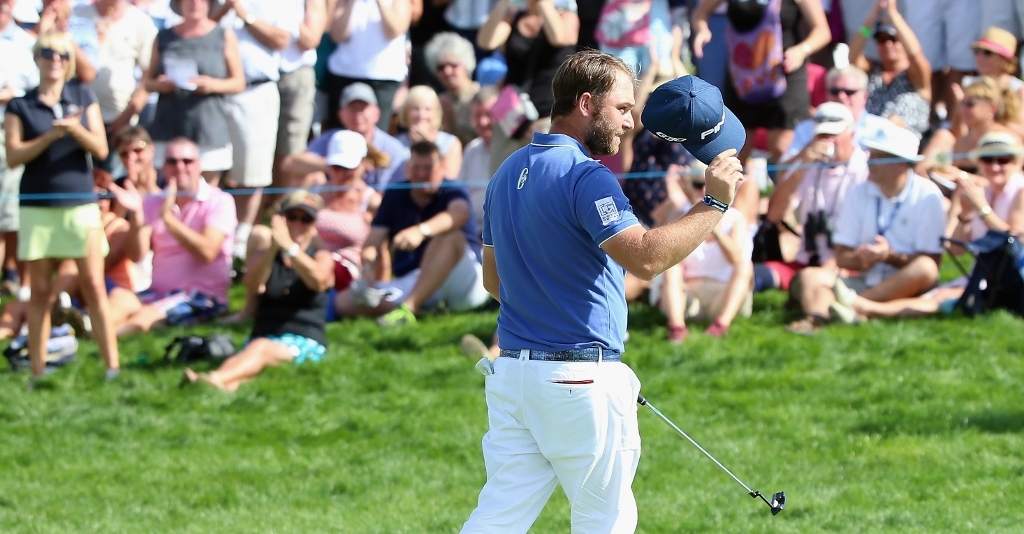 Andy Sullivan took control of the Portugal Masters on Friday with a second successive seven-under-par 64.

The 29-year-old Englishman opened up a valuable three-shot lead after the second round at Oceanico Victoria thanks to another stellar round of golf.

He now lies on 14 under par, three clear of Belgium's Thomas Pieters, who followed up an opening 65 with a 66, and four shots ahead of Spain's Eduardo De La Riva and Bernd Wiesberger of Austria.

English duo Tommy Fleetwood and Anthony Wall follow on nine under, five back, with Thomas Bjorn part of a five-man group a shot further back.

Leader Sullivan was flawless throughout the day. Starting with a birdie at the 10th, he made further gains on the 13th, 15th and 17th, before picking up three more shots at the second, fifth and seventh.

He will now look to protect that lead and capture a third European Tour title of the year following earlier wins at the South African and Joburg Opens.

"It's always nice to back up a good score with a new one," he told the European Tour. "Sometimes it's quite tough to go out there and back it up after shooting a low one yesterday.

"So difficult not to shoot a good a score the way I was hitting it and putting it really."

The highlight of Sullivan's round was his final birdie at the seventh, which came courtesy of a chip-in from off the green.

"Seven was just ridiculous," he said. "We were just thinking to ourselves just ten feet for par would really be nice. To see it go in was a massive relief, not having to have that putt coming back."

Throwing a potential spanner into the works for Sullivan is the possibility of bad weather over the weekend. Last year, the tournament was shortened to 36 holes for that reason.

"I would really enjoy to get out there," he said. "I'm playing some good golf, so I'd love to go out there and test myself again.

"I'll be mentally prepared there's going to be two rounds. Obviously, go back and relax tonight and get myself ready for tomorrow."

Nicolas Colsaerts, who shared the lead with Sullivan overnight, dropped out of the top 10 after only being able to follow up his first-round 64 with a 71.