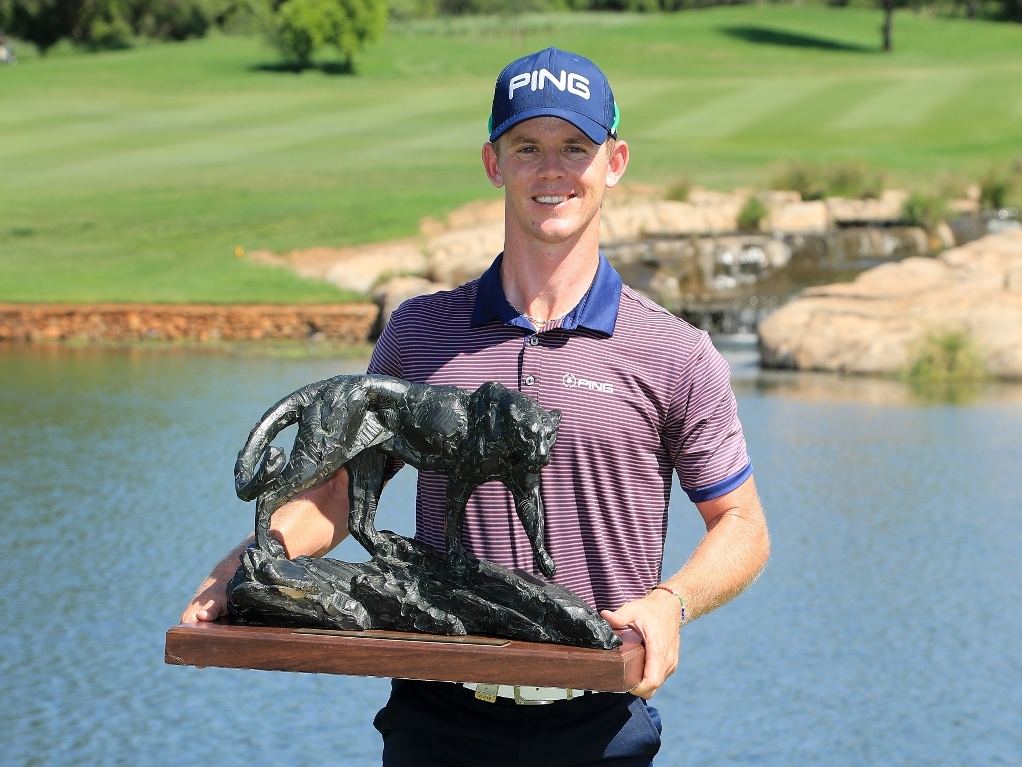 The South African carded a four under 67 in the final round at Leopard Creek Country Club to move to 22 under par and claim an emphatic win, while fellow countryman Richard Sterne finished alone in second on 15 under.

Stone, who started the day three strokes ahead of the field, felt the heat from former Masters winner Charl Schwartzel as they shared the lead on 17 under.

However, there was a two shot swing after Schwartzel dropped a shot on the seventh where Stone rolled in a 15 footer for a birdie.

Four more gains on the back nine would see him march unopposed to his second European Tour title in style.

"I just played some incredible golf the whole week to be fair," quipped the 23-year-old after the round.

"To get this win before Christmas is obviously great but more importantly it gets me a good start on the Race to Dubai.

"Obviously I finished 50th this year and I want to build on that and this is the perfect stepping stone to do that.

"On the front nine, I was tied for the lead at one stage. But I knew my game plan was to try to get maybe one or two under par through the turn and try to score on the back nine.

Further down the field, Belgian Thomas Detry earned a solo third finish while a host of players, including Schwartzel  and Scott Jamieson, were locked on fourth place on 12 under.