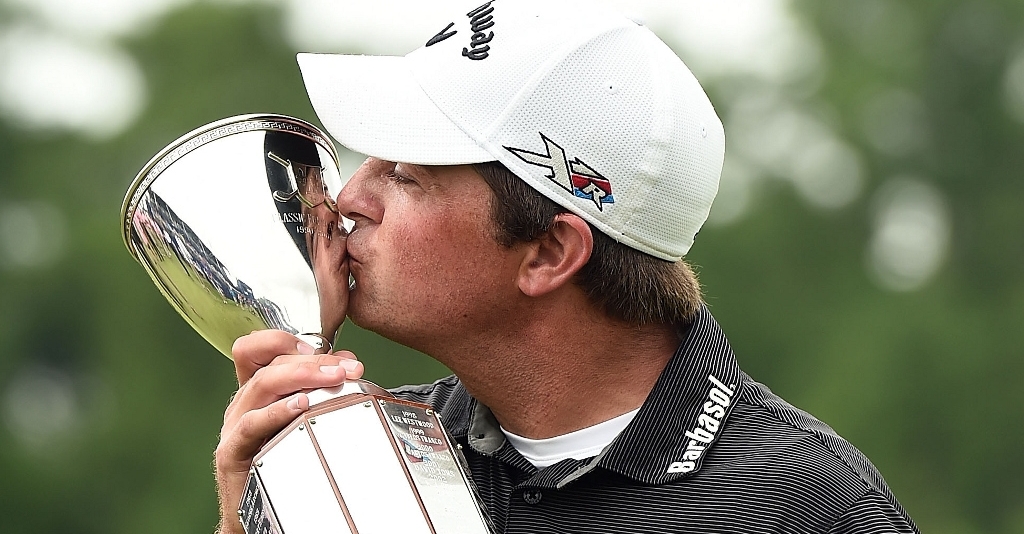 Heavy rains severely disrupted the tournament over the weekend, leading to hours and hours of lost time and forcing officials to shorted the event to 54 holes and announce a Monday finish.

Stuard held a share of the lead with Jhonattan Vegas through five holes of their third rounds when play was called off at TPC Louisiana on Sunday.

So you're telling us it rained here… pic.twitter.com/WReNmdPH5h

American Stuard and Venezuelan Vegas were tied at 13 under par, one shot better than American Bobby Wyatt, who had put together a stellar six-under-par run through his first nine.

Jason Day had also made some early gains to get in the frame for yet another PGA Tour triumph.

Returning to the course on Monday, Day continued to excel, but not even a third-round 66 was enough to force himself into the reckoning.

Instead, Stuard held firm with a three-under 69 to finish the tournament on 15 under par.

That was only good enough for a share of the lead with Jamie Lovemark, who shot a 68, and South Korea's Byeong-Hun An, who had done superbly to shoot a 65 and join what turned out to be a three-man play-off for the title between three players all chasing their first PGA Tour victory.

Unfortunately for Byeong-Hun, he was the first man to be eliminated after bogeying the first play-off hole of the day, the par-5 18th.

Lovemark and Stuard both made pars and so moved on to negotiate the 18th hole once again.

This time, it was Stuard who made the decisive play, nailing his third shot approach to within three feet for the simplest of birdies:

With Lovemark unable to make his birdie, Stuard had a straightforward putt to seal his maiden PGA Tour victory:

Brian Stuard comes through in the clutch and wins @Zurich_Classic. #QuickHits https://t.co/265QFNMMhv

Stuard first gained his Tour card back in 2010, although he was forced to return to the Nationwide Tour and re-qualify two years later. His maiden win this week comes in his 120th Tour start.

The victory earns him $1.26 million and a spot in the Wells Fargo Championship next week, The Players Championship in two weeks and the 2017 Masters.