Storm thunders into the lead at SA Open 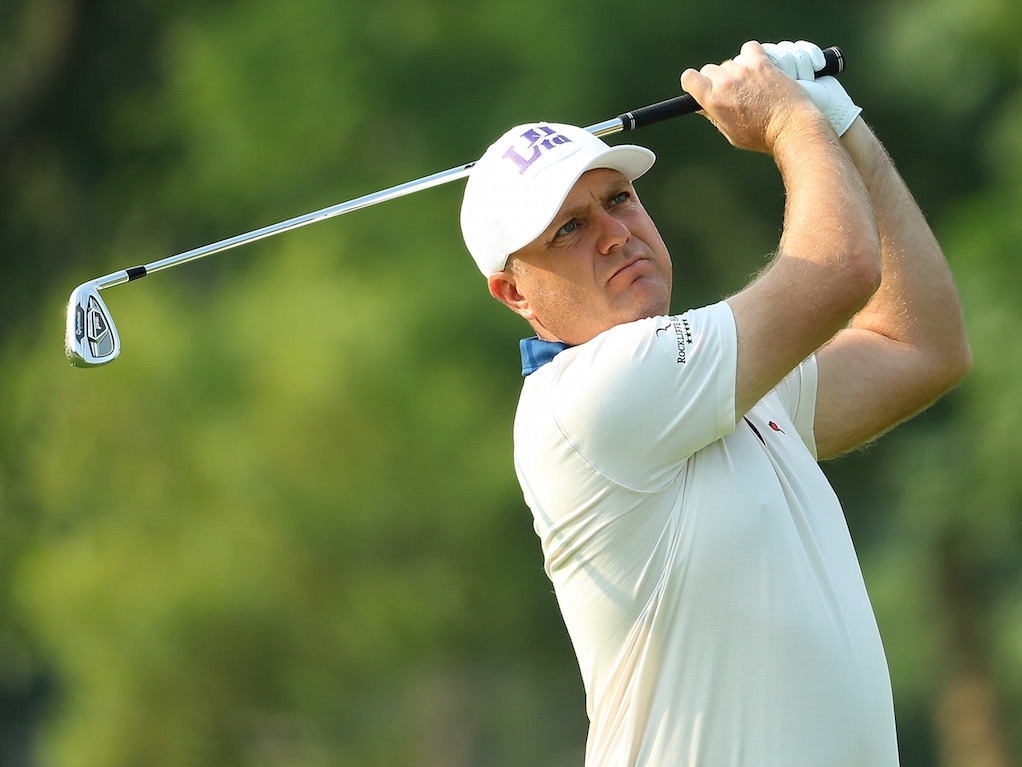 Graeme Storm fired a course-record equalling 63 to take a two-shot lead on day two of the BMW SA Open.

The Englishman was bogey-free at Glendower Golf Club as he got to 12 under to lead the way from South African duo Trevor Fisher Jnr and Jbe Kruger, and American Peter Uihlein who all share second place.

Storm was on top of his game throughout the 18 holes and so made full use of the placid conditions.

Playing at altitude he hit the ball long and straight as he chalked up a staggering nine birdies.

Speaking after, he admitted that he was delighted with the current state of his game but said he still felt that Rory McIlroy would be in the winner’s circle come Sunday.

"It's obviously great to shoot a score like that," Storm smiled.

"I had a putt on the last, it was a long putt to equal my best-ever score.

"The putter was hot, it was hot yesterday and it was hot today. Yesterday I didn't capitalise as much as I did today.

"I tip Rory to win this week because he hits it miles and he hits it straight. If I keep on his tail, I'll be happy."

McIlroy had threatened to snatch the headlines on the back nine as he picked up eight shots in as many holes from the eighth courtesy of eight one putts to get within a single shot of the lead.

However, a bogey-bogey finish stalled his momentum and the world number two is nine under after two rounds, three strokes off the pace.