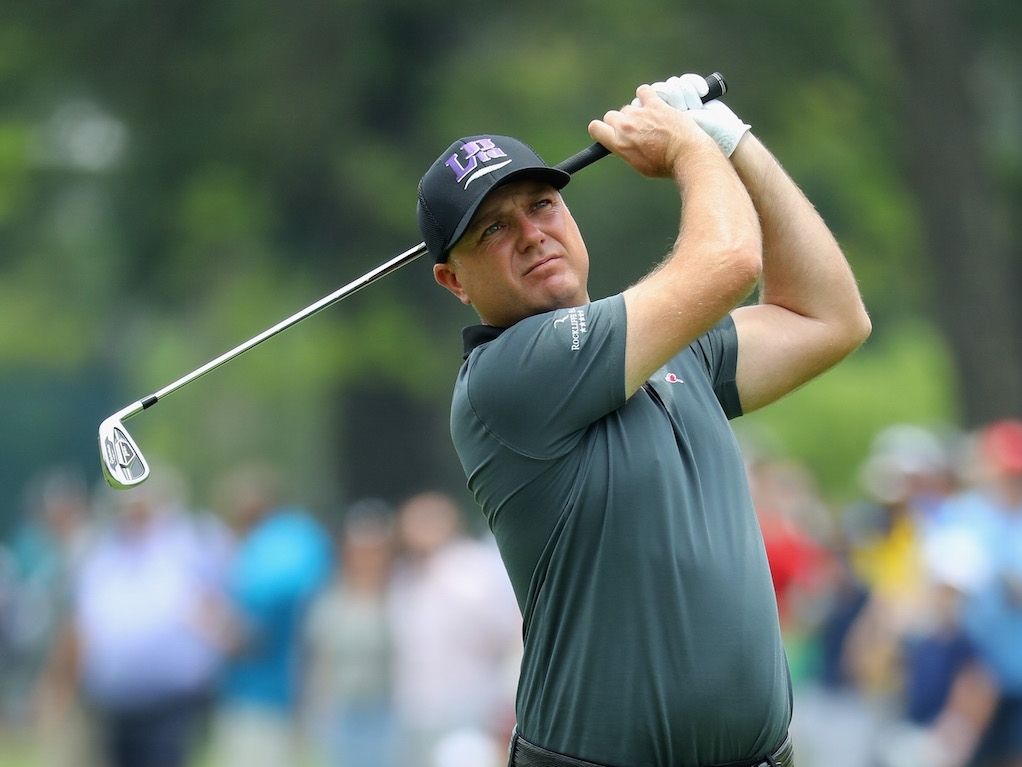 Graeme Storm extended his bogey-free run to 41 holes with a 67 that moved him to 17 under and gave him a healthy lead over Rory McIlroy.

The Englishman went out in 33 and came back in 34 – chalking up five birdies to extend his second-round advantage by one shot.

At the ripe age of 38, Storm has only won three times on the European Tour. However, the manner in which he is closing this tournament out is reminiscent of a seasoned professional who wins often.

Speaking after his third round, where he hit the ball cleanly and putted aggresively, Storm said he was delighted that he made full use of the momentum that is currently with him.

"I am just really pleased that I kept the momentum from yesterday and played really nicely and holed some good putts," said Storm.

"I find myself now in a position that I have only been in a couple of times over the past few years. Things have been difficult and last year was a tough year but it has given me a new lease of life and I hope to continue playing well.

"I thought I had lost my card and all of the privileges that come from playing on the European Tour and when that happens you realise that you can't afford to lose it."

"I have never played with Rory before and I know him really well so it will be a lot of fun.

"If he hits a good shot and pips me or beats me comfortably or whoever makes a move from behind I can't really control that. All I can do is control my golf ball – I can't control anyone else's.

"If I can shoot another score in the 60s I'll be pleased even if I don't win. I have come here as a big underdog so that is fine with me."

McIlroy received extensive treatment on his back before he went out and shot a 67 that got him to second at 14 under.