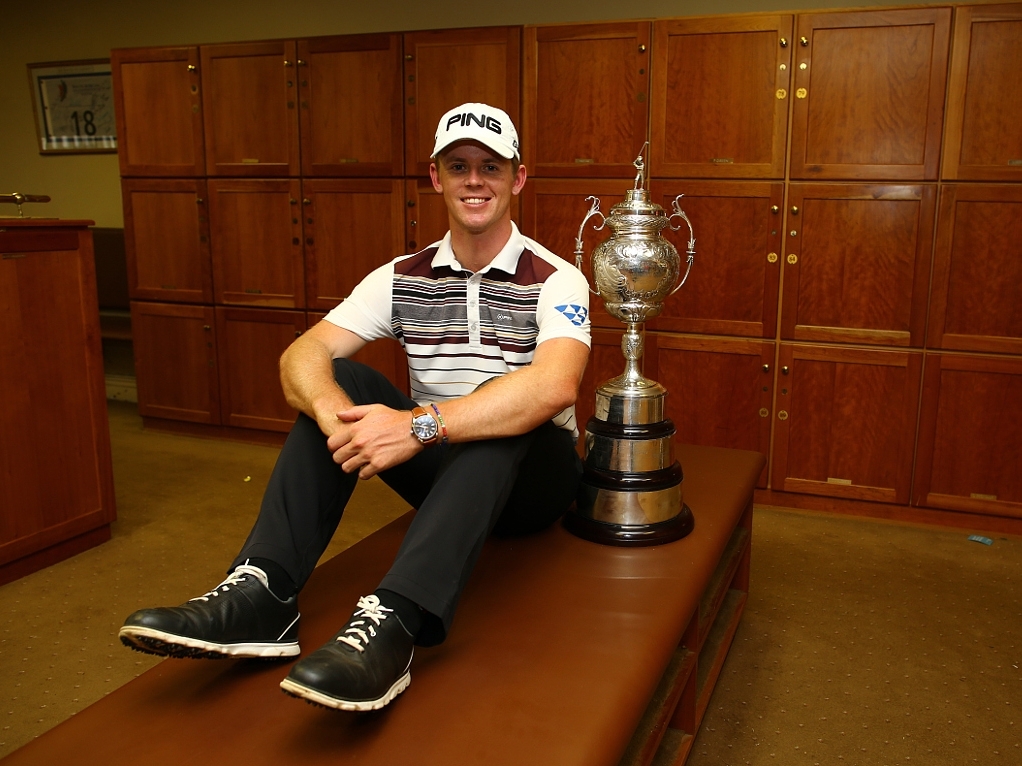 Brandon Stone claimed the South African Open on Sunday for his first European Tour title, becoming the youngest player to lift the trophy since it joined the European Tour schedule in 1997.

Stone was crying  on the 18th green at Glendower Golf Club after completing victory at golf's second oldest national open and his tears were completely understandable.

The 22-year-old South African completed a roller-coaster final round of 71 that consisted of seven birdies, six bogeys and only five pars.

It looked as if Stone had blown his chances of winning his maiden European Tour title when he dropped five shots across a seven hole stretch that started on the fifth and ended on the eleventh. However, a crucial birdie at twelve kick-started a very strong finish that brought three more birdies. The South African finished the tournament on 14 under.

Stone understood his success this week to be the product of a lot of hard work that he did on his game during the festive period when others might have been relaxing and unwinding with family and friends.

"I've really been practicing hard during the Christmas and festive period which has really helped," Stone explained.

Christiaan Bezuidenhout was two shots off the pace in the end as he finished second. England's Daniel Brooks finished third while there was a trio of South African players in Retief Goosen, Branden Grace and Justin Walters who were tied for fourth.