Stone takes over at the top 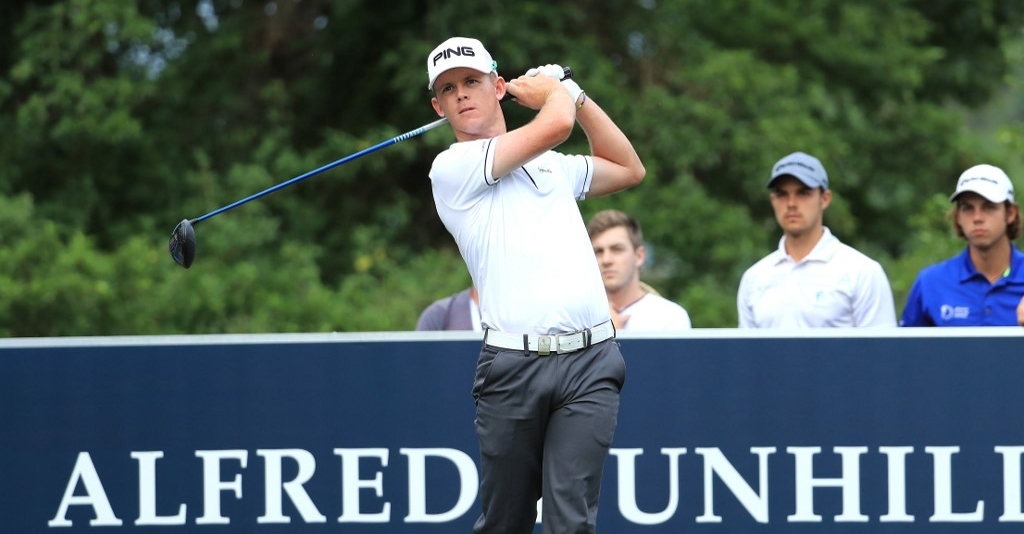 Local hope Brandon Stone will take a one-shot lead into the weekend at the Alfred Dunhill Championship.

The 23-year-old South African followed up an opening 67 at Leopard Creek with a six-under-par 66 to take his total to 11 under par.

That left him one shot clear of overnight leader and countryman Charl Schwartzel, who had to be content with a 68, and Englishman Chris Hanson, who shot up the leaderboard courtesy of a 65.

Two more South Africans – George Coetzee and Keith Horne – follow a further shot back on nine under, while the likes of Branden Grace, Benjamin Hebert and Alexander Bjork are tied for sixth on eight under.

Stone opened his round with back-to-back birdies on Friday, and bounced back from a bogey at the fourth with another birdie at the sixth.

He then had to receive some treatment on the course for a back injury, but shrugged it off to make three more birdies and a bogey on the back nine. A closing eagle at the last saw him leapfrog Schwartzel into the lead.

"I woke up this morning and the back was feeling a little bit sore, and then on the range it didn’t really feel too great either," said Stone.

"During the course of the day it progressively got worse and then I had to hit one out of the deep jungle on the right of number eight and really tweaked it.

"I got some really good physio with my trainer on the ninth. I got the back sorted for a few holes there and it held its nerve for the back nine.

"I was swinging with a little bit of pain on the back and still hit some spectacular shots. I missed a few opportunities here and there but I also made some great putts again, so it could have been lower, it could have been higher, you don’t really know but I’m very happy with the 66."