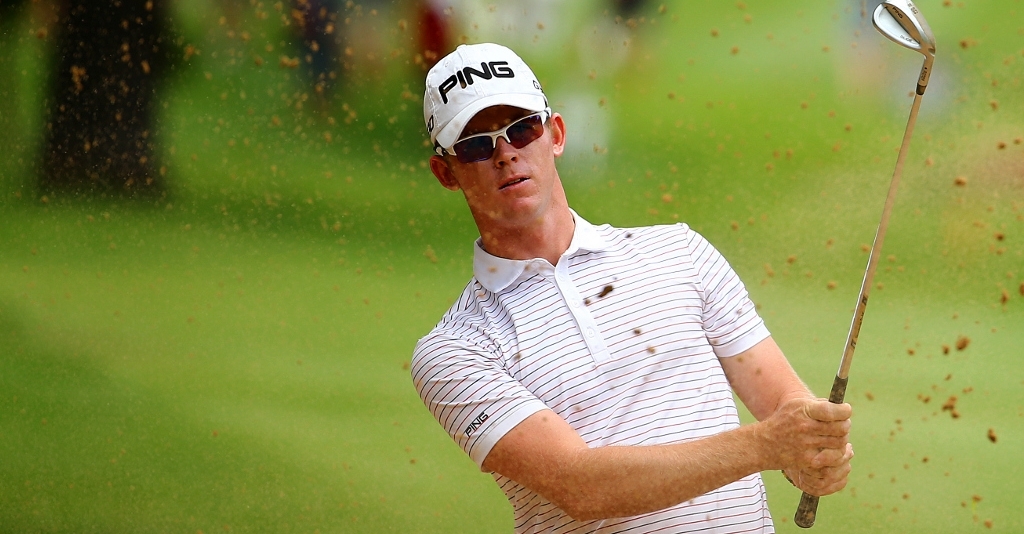 He pumped his fist on Saturday as he sank the putt which put him in a share of the lead of the BMW South African Open Championship, and it was very apparent that Brandon Stone was enjoying the limelight.

When the action was halted early because of storms which made play dangerous, Stone had moved to four-under-par for his round through 11 holes, and he was atop the leaderboard together with England’s Daniel Brooks at 10-under. That was two strokes clear of Keith Horne, who was level-par through nine.

“It’s great being in contention here, and it really doesn’t matter to me that we’ve been called off for the weather – I was planning on coming back tomorrow anyway!,” said Stone. “The wind was swirling for the last couple of holes before the siren, so getting off was actually a bit of a relief.”

Stone took his maiden professional title at last November’s Lion of Africa Cape Town Open, and has since looked increasingly assured – which is quite an achievement for a youngster who has looked pretty self-assured since he turned professional in 2014.

“I’m not sure how much I’ve changed as a golfer since I won the Cape Town Open,” he said. “I’m just a whipper-snapper having fun out there. I don’t know how I will take the pressure of perhaps being expected to perform well, but I do know that I am enjoying it.”

What got him into his share of the lead was some pretty impressive putting. Perhaps that was best exemplified by the 15-footer he made for birdie in five: It might have been 15 feet to the hole, but he had to hit it 12 feet to the left of the hole, and, as it curled towards its target, it never looked like missing.

“The putter has been hot for a while,” he said. “It was just at Leopard Creek for the Alfred Dunhill Championship that I couldn’t get the lines. But I do love the greens here at Glendower, and I do like them a lot. And making those putts today has given me the opportunity to have a shot at winning this.”

Behind the leading trio when play was halted were a charging Chris Swanepoel and the exciting young rookie Christiaan Bezuidenhout on six-under for the tournament. Swanepoel made four birdies ahead of the turn on his way to four-under through 14, and Bezuidenhout was typically patient as he reached two-under through 11.