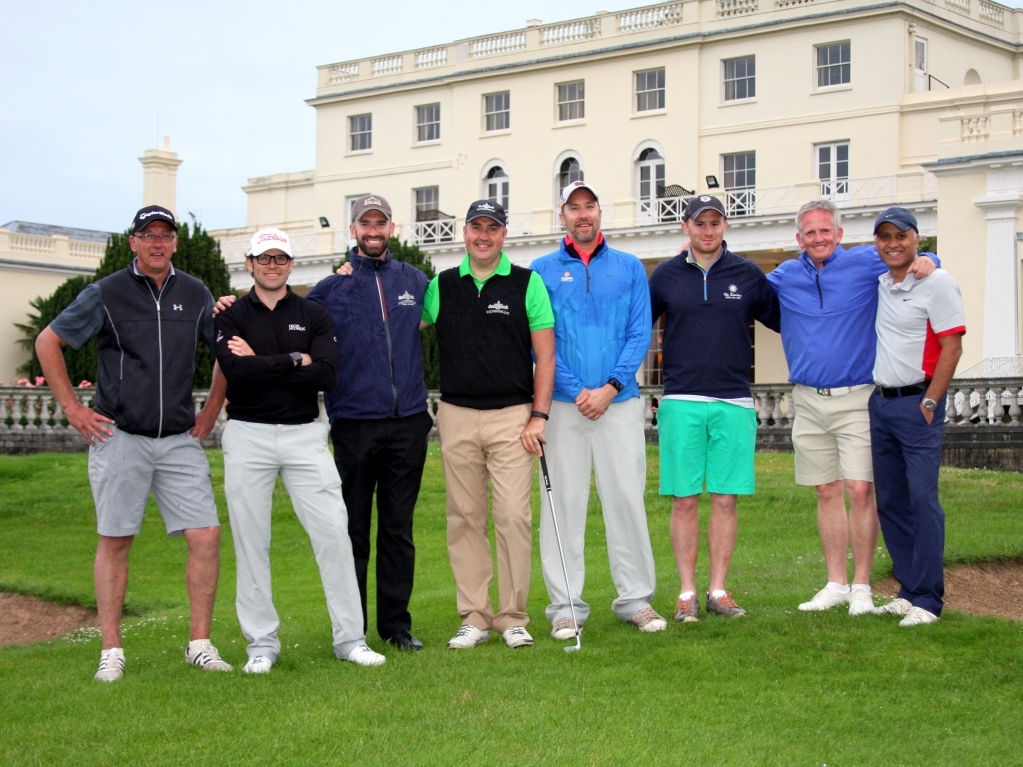 Stoke Park’s director of golf Stuart Collier headed up a team of eight golfers to raise more than £14,000 for Macmillan Cancer Support when they played 72 holes of golf in one day.

It was the second successive year that Stoke Park representatives had taken on the challenge, which is played out across 100s of golf courses nationwide to raise money for the charity.

Last year they raised more than £6,700 and set themselves that figure as a minimum again this year.

Collier explained: “My personal motivation for participating in this event comes from the support Macmillan gave to my mother, who sadly lost a battle with ovarian cancer in 2001 aged just 50. Although this was a very difficult time for all of the family the help and support given by Macmillan Cancer Support nurses really made a huge difference.

“Being able to use golf as a vehicle to raise awareness and much-needed funds for Macmillan is the perfect opportunity for us all and acts as the perfect motivation to start playing at five in the morning!”

Collier’s co-organiser Matt Pearcey has also seen his life touched by cancer, saying: “Last year, my father was battling this dreadful disease after a miracle fight against pancreatic cancer. Sadly he passed away only a few days after we were contacted by Macmillan to say that we were in the top one per cent of fundraisers for this event in the country.

“He was a keen golfer and I know he would have been very proud of what we achieved and would have pushed me to do this each year for the support of the Macmillan nurses who helped both he and my mother in the final weeks of his life.”

Donations to the Stoke Park Longest Day fundraiser can still be made via Pearcey’s Just Giving page at www.justgiving.com/fundraising/stokepark.

Stoke Park Country Club, Spa & Hotel is one of just two five-AA Red Star golf clubs in England and the historic land on which it stands is recorded in the Domesday Book of 1086. It was awarded the accolade of ‘Ultimate Members Club’ at the fifth annual 59Club Service Excellence Awards, held earlier this year.

The historic course played host to the PGA Matchplay in 1910 and, even more famously, the golf match between Sean Connery’s James Bond and Auric Goldfinger, in the 1964 film, Goldfinger. It also has a thriving golf club with around 800 active members.