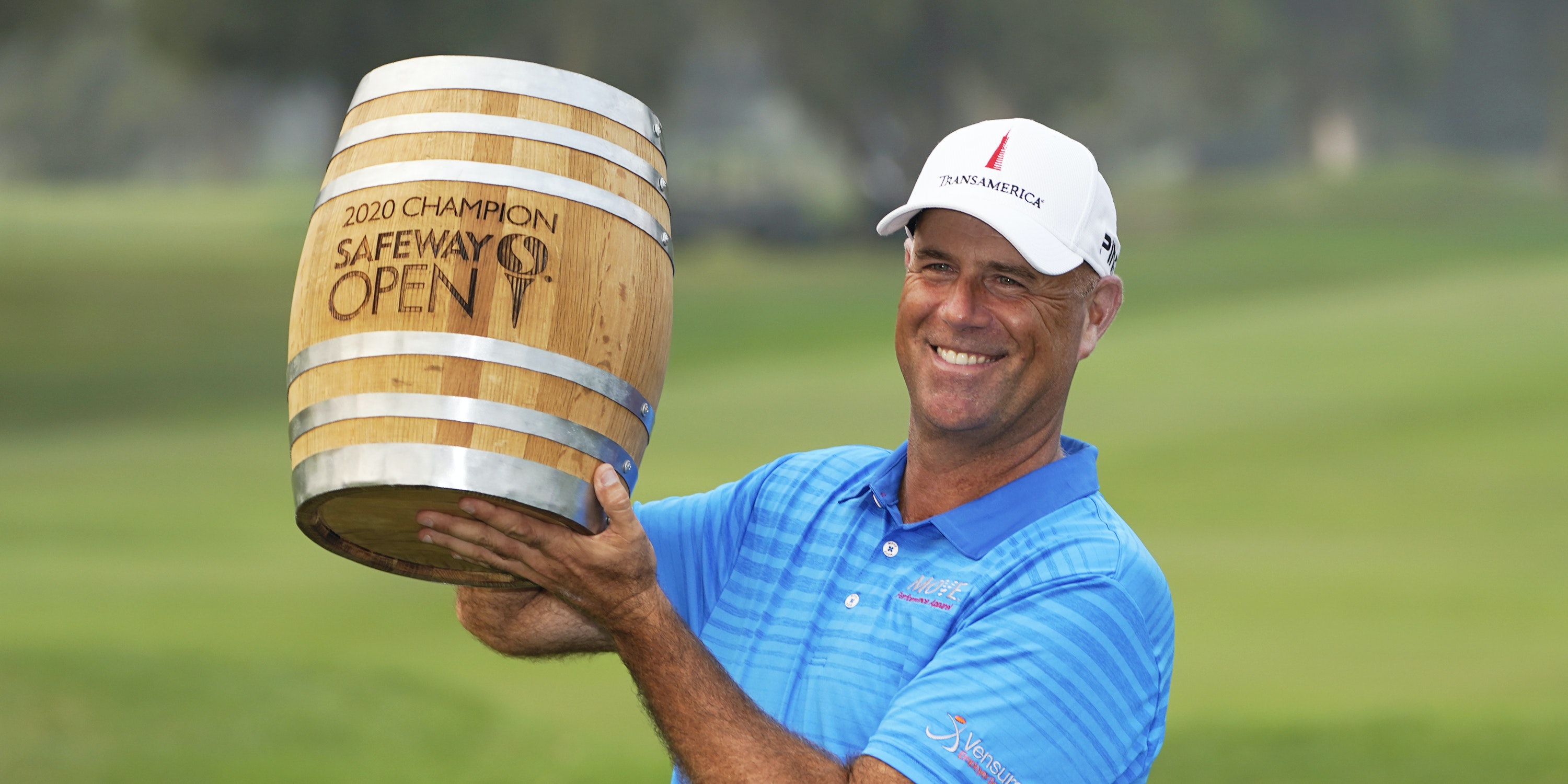 PGA Tour veteran Stewart Cink has put together a stellar final round 65 to win the Safeway Open in California by two shots.

The 47-year-old followed up a third-round 65 with another equally-impressive seven-under on Sunday to finish 21-under for the tournament and secure his first victory since the 2009 British Open.

Entering the final round tied for seventh, Cink took little time to continue his surge up the leaderboard as he carded four birdies on the front nine.

His momentum carried over into the back nine, with four more birdies proving enough to overcome a bogey on the 17th and keep him ahead of runner-up Harry Higgs.

Higgs shot a four-under 68 on Sunday to finish the tournament 19 under.

Cink paid tribute to the help he received through the week from his son and caddie Reagan.

He told the Golf Channel: “It’s been a blast. Reagan’s a great kid to be around.

“He knows the game in and out like a PGA Tour player himself and he did a great job keeping me positive and keeping me loose out there and we just had a really great time from the get-go.”

Scotland’s Russell Knox was unable to make a late charge on Sunday, with his two-under 70 not enough to keep him in contention.

Knox entered the final round on 14 under and with a shot at victory, however his good work in picking up three birdies on the front nine was ultimately undone by three bogeys on the back stretch.

England’s Ben Taylor carded a final round 73 to finish tied for 36th.