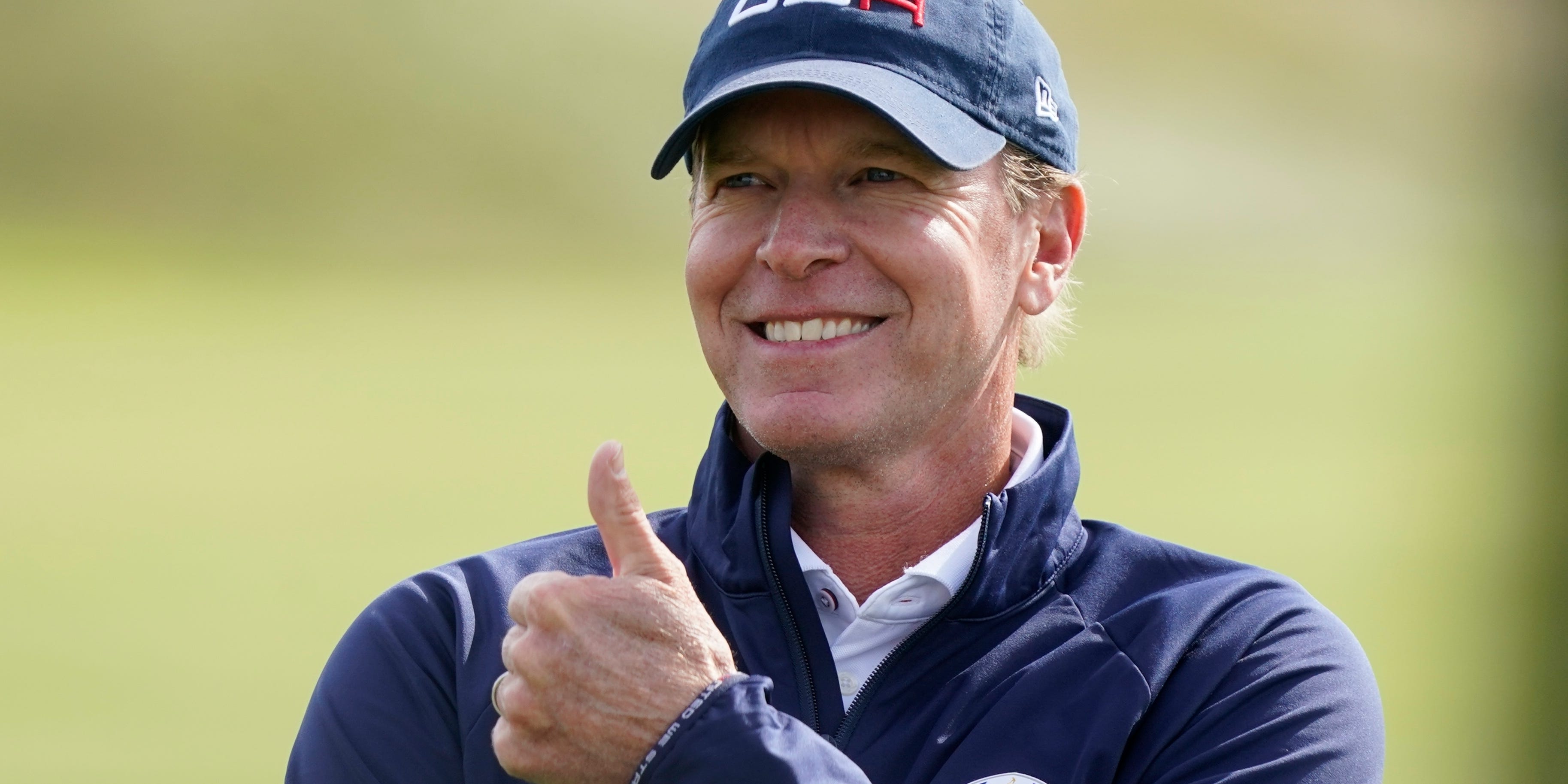 Having four of the world’s top five players did not do the United States any good in the 2010 Ryder Cup, nor did having three of the top four in 2018.

Now, after a 12-month delay caused by the coronavirus pandemic, US captain Steve Stricker will discover if having eight of the top 10 can see his side regain the trophy in his home state of Wisconsin.

At Celtic Manor it was Tiger Woods, Phil Mickelson, Jim Furyk and Stricker the player who were the top-ranked professionals who could not prevent Colin Montgomerie’s side winning back the cherished gold trophy.

Eleven years on at Whistling Straits it will be Stricker the captain and vice-captains Mickelson and Furyk who are tasked with ensuring the home team justify their position as odds-on favourites and keep the Ryder Cup on this side of the Atlantic.

Woods will have to make do with offering words of inspiration from afar as he continues his recovery from a life-threatening car accident, but while the backroom staff has a familiar feel, the US team is banking on an injection of new blood to turn around their fortunes.

For the first time since Valhalla in 2008, half of Stricker’s team is made up of rookies, albeit rookies such as two-time major winner Collin Morikawa, Olympic champion Xander Schauffele and FedEx Cup winner Patrick Cantlay.

“We’re really excited,” said 24-year-old Open champion Morikawa, who was still in university when Europe cruised to victory in Paris.

“It is puzzling how we’ve lost a lot in the handful of years looking back at the past. But that’s the past. We’re here and we’re about the present or hopefully what the future is going to be like.

“It’s about this week and hopefully we can turn that around and kind of turn that tide in our favour for however many years I’m able to play this.”

It remains to be seen how much longer many of the current European team can compete in the Ryder Cup, with Lee Westwood (48) and Ian Poulter (45) likely to be the next two captains and Paul Casey (44) and Sergio Garcia (41) approaching the twilight of their careers.

European captain Padraig Harrington will need to use such experienced players wisely alongside rookies Shane Lowry, Bernd Wiesberger and Viktor Hovland and the likes of world number one Jon Rahm and four-time major winner Rory McIlroy.

“We all know in Ryder Cups there’s a fine line between playing too much and trying to stay fresh,” Harrington said.

“Obviously I have a slightly older team, experienced team, (but a) pretty fit team. That’s the one thing about it. We’re not struggling in that sense.

“Sergio or Paul Casey, they’re fairly fit and strong. You don’t see them having any issues with playing 36 holes if they have to. But it’s something I would be aware of, that we don’t want to burn players out before Sunday.”

McIlroy admits it was emotional, rather than physical, energy he ran out of at Hazeltine in 2016, when he continued his streak of playing in every session but paid the price on the back nine of his highly-charged singles match against Patrick Reed.

“Whether I play all five again, we’ll see, but it’s a lot of golf,” McIlroy said earlier this week. “It’s a lot of energy just playing, then trying to beat who you’re playing against.

“If you try to beat the crowd, as well, it seems like a bit of an impossible task.”

Stricker has called for the home fans to be loud without “crossing the line”, while Europe wisely attempted something of a charm offensive by wearing outfits in the colours of local NFL side Green Bay Packers and throwing souvenirs into the crowd around the first tee during practice.

Whether that will make any difference in the heat of competition in front of a crowd that have taken on plenty of liquid refreshment is debatable, but it had to be worth a try. Or should that be a touchdown?