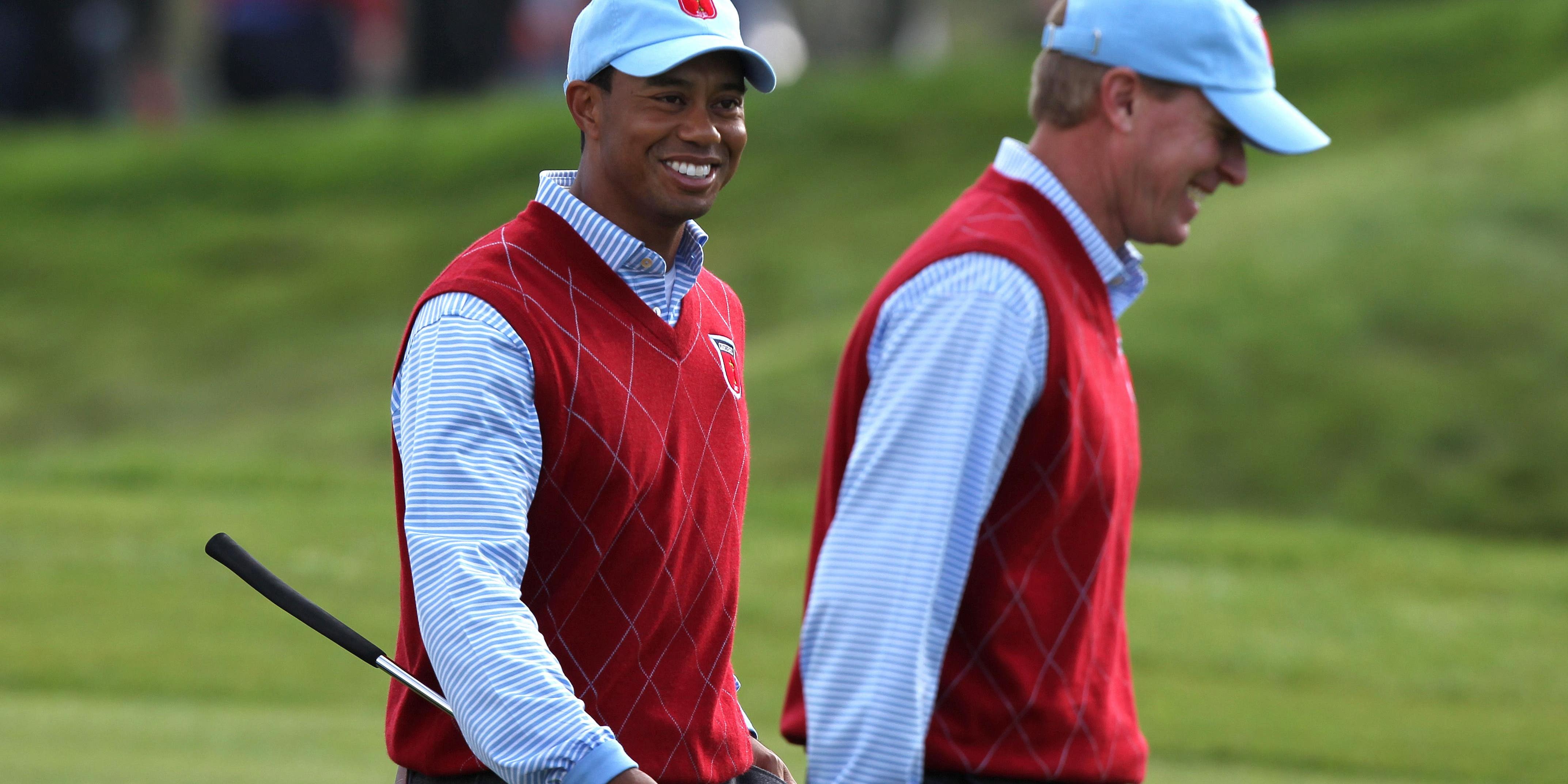 United States captain Steve Stricker hopes to have Tiger Woods as part of his backroom staff for September’s Ryder Cup.

Woods underwent surgery on open fractures to his lower right leg and further injuries to his foot and ankle following a single-vehicle crash in Los Angeles in February.

The 15-time major winner, who was found to be driving at twice the legal speed limit when he crashed, is recovering at home in Florida and recently posted a picture of himself on Instagram standing on crutches.

Asked ahead of the US PGA Championship if he wanted his former partner to be a vice-captain at Whistling Straits, Stricker said: “I’ve talked to him. I don’t know if we are there yet to commit to him being there.

“He’s still got a lot going on and his spirits are great, though, as of late. We were on a Zoom call with him just this last week and he seems like he’s in a better place. Like I said, though, he’s still got some ways to go.

“But yeah, I’d love to have him there. Who wouldn’t, right? The guys really respect him and he did a great job obviously as a captain (in the 2019 Presidents Cup) but he was an assistant captain of mine in 2017 and he was unbelievable.

“He would do anything for you and he’s totally, totally vested in the situation and the process and almost to the point of he’s on it early and so much it’s like, ‘Dude, we’ve still got months to go yet’.

“He’s really good at being an assistant and I’d love to have him be there if it’s at all possible.”

Woods has a poor playing record in the Ryder Cup, winning 13, losing 21 and halving three of his matches, most recently losing all four matches in the 2018 contest in Paris.

The 45-year-old was often felt not to care about the team event as he pursued individual glory, particularly early in his career, but Stricker added: “I think the earlier perception was a bit unfair, although he’s a difficult guy to pair with, I think.

“I can say that because I was his partner and we had a great partnership.

“He’s always been this way on the teams I’ve been around, very into the whole team and the process.

“As assistant captain, it’s almost like he’s taken it up a notch. He is all-in with everybody and the players love it. They love being around him and he adds a tremendous amount when he is there.”