Stenson up by two at Tour Champs 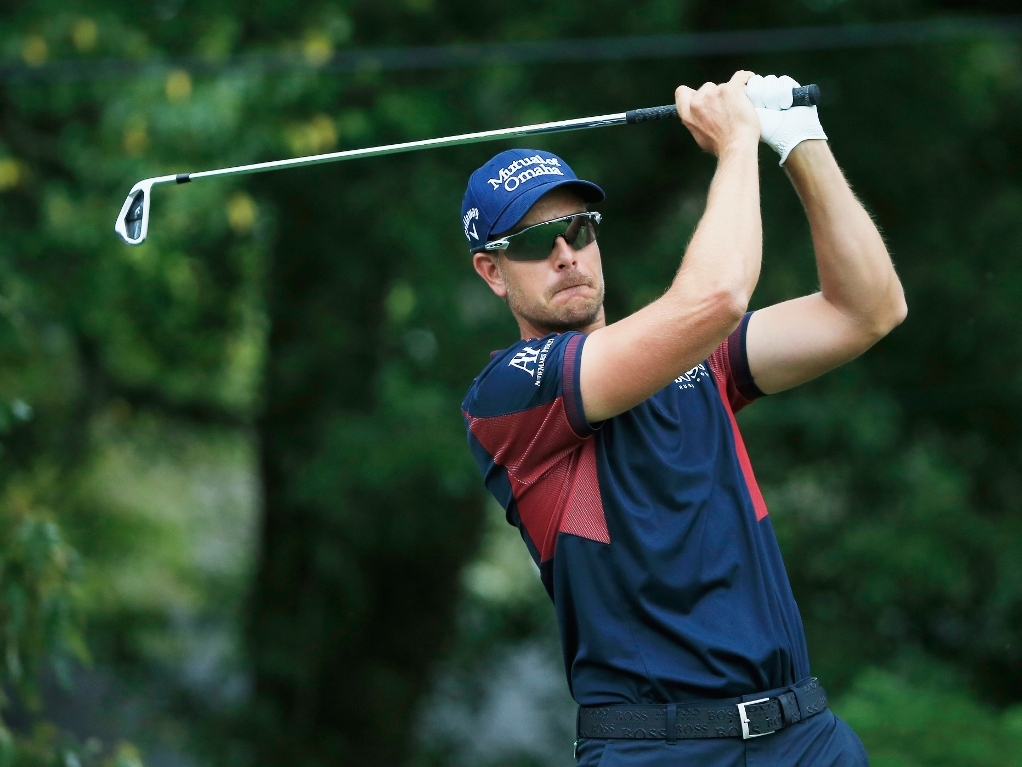 Sweden's Henrik Stenson carded a seven-under-par 63 to take a two-shot lead after the first round of the Tour Championship at East Lake.

Two strokes adrift of Stenson is Paul Casey, who fired a five-under-par 65, while Rory McIlroy is a further shot behind in a tie for third with Zach Johnson.

Reigning Masters and U.S. Open champion Jordan Spieth sits five strokes off the lead in a tie for fifth after recording a two-under-par 68, while world number one Jason Day finds himself in a tie for 11th and six strokes behind Stenson after registering a one-under-par 69.

Stenson, who won the Tour Championship in 2013, began his round with a hat-trick of birdies from the first to the third. He proceeded to make another birdie at the sixth before rounding off his front nine with a 24-foot eagle putt at the par-five ninth to take the turn in 29.

The world number six had a tougher time of it on the back nine, but managed birdies at the 10th and 12th before slumping to the lone bogey of his round at the 17th.

Stenson, who is yet to win on the PGA Tour this season, is currently ranked fourth in the FedEx Cup standings and in a strong position to take home the $10 million bonus.

Casey notched up birdies at the first, fourth and ninth to take the turn in 32, before going on to make three more birdies on the back nine, but he did stumble to a bogey at the 13th after missing an 11-foot par putt.

McIlroy, who was knocked off top spot in the world rankings when Day won last week's BMW Championship, got off to a poor start on Thursday as he missed a five-foot par putt to record a bogey at the second. However, he made up for it with three consecutive birdies from the seventh to the ninth.

Heading into the back nine, the Ulsterman notched up three more birdies and his second bogey of the round at the 12th to finish with a first-round score of four-under-par 66.

Johnson, the reigning Open champion, started his round strongly with three birdies on the front nine. But, could only manage a single birdie on the back nine as he moved to four under and level with McIlroy.

Spieth had a quiet front nine with a lone birdie at the second, and the 22-year-old did registered two more birdies on the back nine, at 12th and 15th, along with a bogey at the 13th, to sit five shots back.

Day, who has won four of the last six PGA events, struggled on Thursday despite starting his round with three consecutive birdies.

In what was a rare sign of weakness from a player who has seem invincible of late, the world number one recorded a triple-bogey at the par-four fifth after firing his tee shot out of bounds. He returned to the tee but was only able to make it to the green in five shots. After missing missing a nine-foot putt for his six, Day eventually holed his seventh shot to drop back to level par.

Day made another birdie at the eighth, but was unable to mount any sort of charge on the back nine, with a birdie at the 15th cancelled out by a bogey at the 16th.

The field for the season-ending event had already been reduced to 29 players following Jim Furk's withdrawal earlier in the week, and there will be just 28 men on course on Friday, with Louis Oosthuizen forced to withdraw after 13 holes because of soreness in his right hamstring.