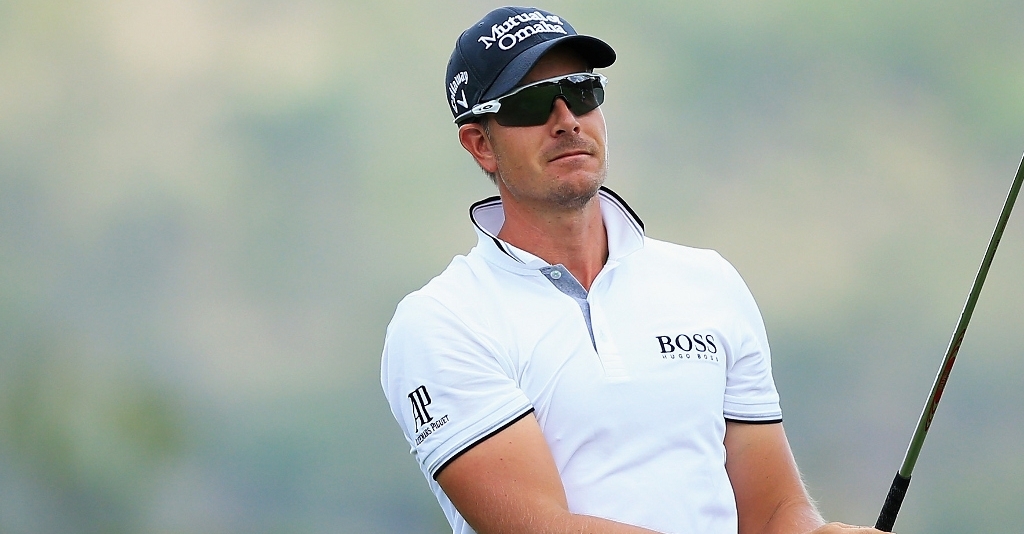 Henrik Stenson leads the Nedbank Golf Challenge by one shot thanks to a superb back nine at Gary Player Country Club.

The Swede opened his second round on Friday with three birdies in his first five holes, but gave all those shots back with three successive bogeys from the sixth.

The wheels appeared to be coming off at that point, but Stenson completely turned it around again on the back nine, playing his last eight holes in five under par thanks to birdies at the 11th, 13th, 14th, 15th and 17th.

That gave him a five-under-par 67 and 11-under-par total, one shot clear of South African Jaco van Zyl, who shared the lead with Stenson overnight and still finds himself alone in second place after a 68.

Stenson is still overcoming illness, and is surprised to find himself in front considering he almost didn't tee off on Thursday.

"I'm surprised given that on Wednesday afternoon I didn't think I would be able to tee it up." he said. "I thought I was done and dusted, so to be leading after two days, it's a turnaround to say the least. But the saying is 'beware of the injured or sick golfer' and I guess that's true.

"I was not on a good run before the break. I didn't do too much wrong but managed to string three bogeys in a row, so at that time it was probably good to have a break, and it really cooled down afterwards for the back nine.

Van Zyl said: "It felt a little like a duel between me and Henrik,” he said. “I looked at the leaderboard and I think we were two or three clear of the rest of the field. It’s always good fun, especially if you’re in the same group. You can kind of keep an eye on each other. There’s good reason why he’s number seven in the world, looking at the putts he made coming in."

American Robert Streb's six-under 66 was the low round of the day, and lifted him into third place on nine under par.

He's followed by Aussie Marc Leishman, who rose to eight under par after a 68, while England's Ross Fisher finds himself two shots further back on four under following a 71.

Danny Willett and Branden Grace both fell off the pace after disappointing rounds of 75 and 74 respectively, while Lee Westwood is in second-to-last place after a disastrous 81.