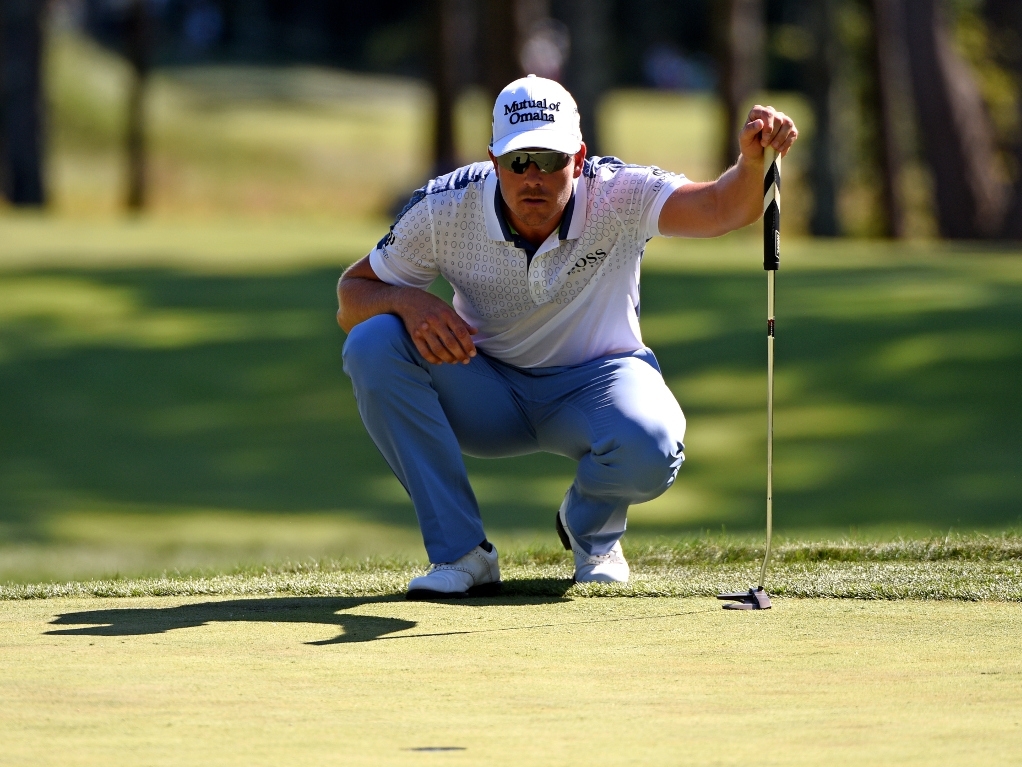 Henrik Stenson carded a six-under-par 65 to move to 13-under and take a one-shot lead after the third round of the Deutsche Bank Championship, while Rory McIlroy's struggles continued on Sunday.

Sitting one shot behind Stenson on 12-under is Rickie Fowler, who fired a four-under-par 67. Sean O'Hair (67) and Matt Jones (68) are a further shot back, with Russel Knox in fifth on 10-under.

PGA Championship winner Jason Day recorded a two-over-par 73 to fall into a tie for 25th, while world number one Rory McIlroy, who needs to finish at worst alone in tenth to retain top spot, fired a 71 to sit on two-over heading into Monday's final round.

Stenson, who won the Deutsche Bank Championship two years ago en route to claiming the FedEx Cup, made four birdies and an eagle par-four fourth after converting a 20-foot eagle putt for his two, in his round of 65.

Fowler, who ended the day on 12-under, made four birdies on his opening nine to take the turn in 32, but a string of nine consecutive pars followed to stall his momentum somewhat.

O'Hair and Jones remain two strokes adrift of the lead in a tie for third, while Scotland's Knox occupies fifth place on the leaderboard following his three-under-par 68.

Hideki Matsuyama is one of five players sitting on eight-under after the Japanese ace fired a third-round 69.

Day, who is coming off consecutive victories at the PGA Championship and The Barclays, stumbled in the third round after carding 68s in the first two rounds to see his hopes of taking the number one ranking off McIlroy fade.

The 27-year-old Australian started poorly with a double bogey at the par-four fourth and never really recovered, with his round of 74 leaving him on four-under.

McIlroy, who regained his world number one ranking from Jordan Spieth last week, continued to struggle on Sunday and trails Stenson by 15 strokes. The Ulsterman fired a level-par round of 71 that included three birdies and three bogeys.

Overnight leader Charley Hoffman plummeted down the leaderboard after five-under-par 76 that included six bogeys on the front nine, with the American believed to struggling with a back injury.