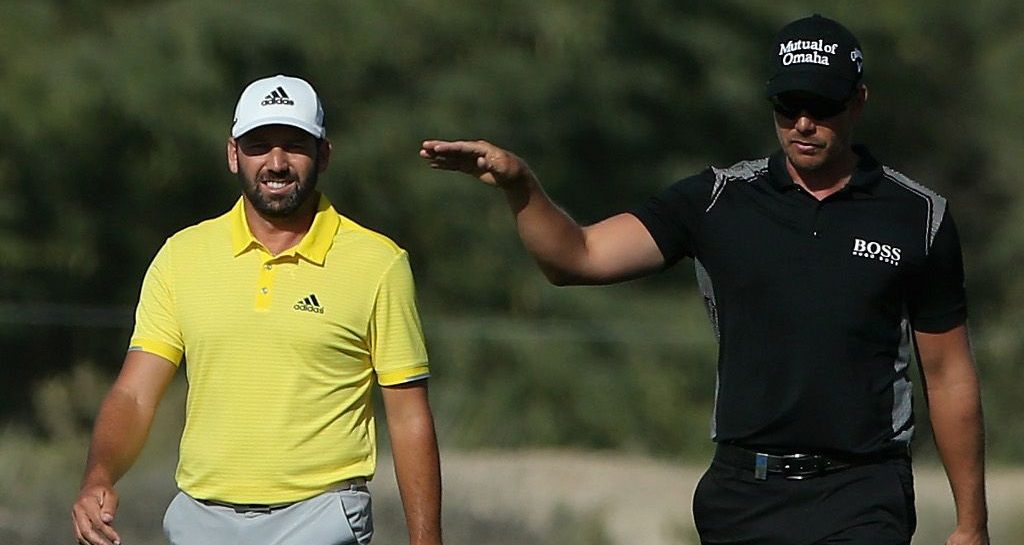 Neither Henrik Stenson or Sergio Garcia did their Ryder Cup chances any favours with their performances at the Wyndham Championship this weekend.

Currently both Stenson and Garcia are still short of automatic selection for the September 28-30 event in Paris.

Stenson closed with an impressive 64 at Sedgefield on Sunday, but it was only good enough for a tie for 20th place, eight shots behind winner Brandt Snedeker.

Garcia finished another shot behind, in equal 24th, which sees him miss the PGA Tour’s FedExCup playoffs for the first time in his career.

Europe desperately need the major-winning duo to come to the party against a strong US team next month, but at this stage they haven’t even secured their places in the team.

Stenson is trying to stay positive, however, and saw some positive signs in his game after Sunday’s 64.

“It’s not really been exactly the week we wanted but I had a good spell on Friday, hit some really good iron shots,” he told Reuters.

“I’ve been struggling on the greens for a few weeks so it was nice to roll a few in.

“At least a little part of what we left out there the first three days, we got that back in the final round.”

Only the top eight in the European standings in two weeks will automatically qualify for the Ryder Cup team to take on the United States, leaving captain Thomas Bjorn to make four additional picks.

The way things are going, both Stenson and Garcia will be relying on Bjorn for their spots.

“Obviously we’re a little bit out of direct qualification. He (Bjorn) has got my number and I guess I’ll just have to wait next to the telephone.”

Stenson could still qualify automatically for the Ryder Cup if he wins next week’s Northern Trust Open, but Garcia wasn’t even able to qualify for the FedEx Cup opener.

The Spaniard started the Wyndham ranked 131st in the season-long FedEx Cup points list for the playoffs and ended it 128th – outside the top 125 who qualify.