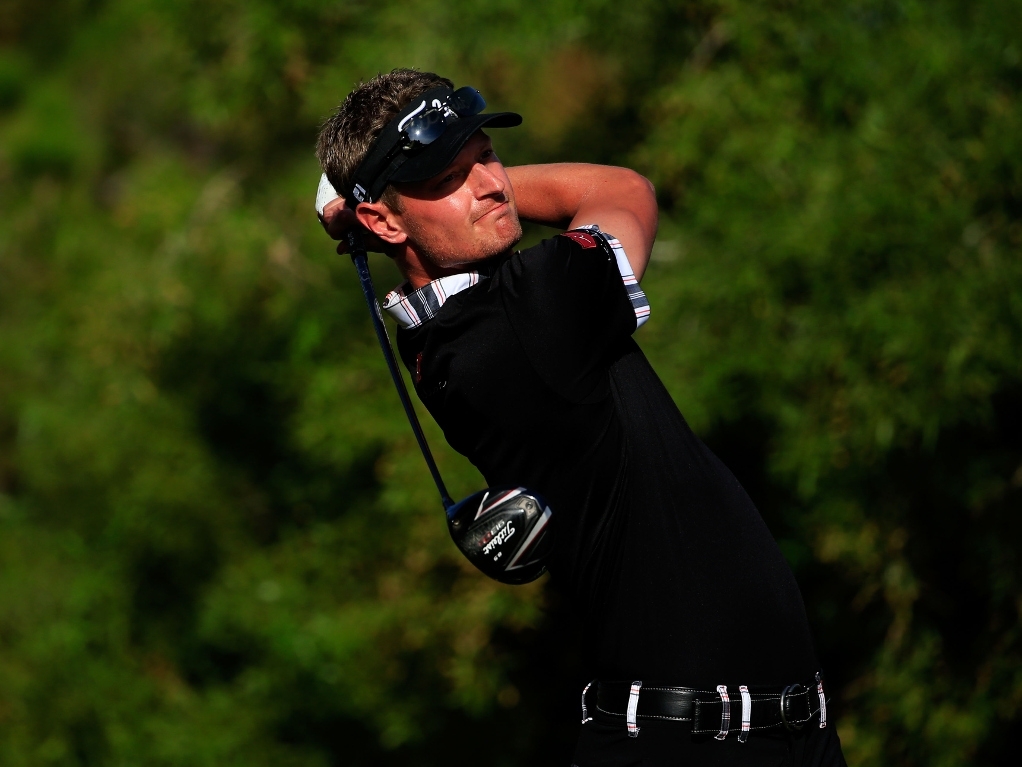 Brett Stegmaier carded a three-under-par 68 to keep hold of a one-shot lead at the Shriners Hospitals for Children Open.

Morgan Hoffman, who shared the lead with Stegmaier for a while, remains one stroke behind on 12-under, while Kevin Na, Jimmy Walker and Chad Campbell are all in a tie for third on 11-under.

Three strokes behind Stegmaier are Alex Cejka, Nick Taylor, Jason Bohn and Cameron Tringale, who are all in a tie for sixth on 10-under.

Defending champion Ben Martin shot up the leaderboard into a tie for 11th after a four-under-par 67 left him on eight-under.

Meanwhile, world number five Rickie Fowler is on six-under in a tie for 28th after firing a one-under-par 70.

Stegmaier began by finishing off his second round as he was forced off the course on Friday due to darkness before moving on to his third round.

Stegmaier had a very quiet front nine as he only made a seven-foot birdie putt at the second to go with eight pars. However, the back nine proved to be a different story as Stegmaier made three birdies and a bogey at the 17th, which occurred when he missed a seven-foot par putt, to finish on 13-under.

Hoffman, who recorded a two-under-par 69, did not get off to the best of starts as he only made one bogey on the front nine, during which he failed to convert a five-foot par putt. But, he turned his fortunes around with four birdies in the space of five holes on the back nine to join Stegmaier in the lead. But, he slipped down to second on the leaderboard after making a bogey at the 18th.

Martin kicked off his round with a trio of birdies on his front nine, but he did not have the same amount of success on his back nine as it consisted of just one birdie at the ninth.

Fowler was unable to match his second round 65 on Saturday despite making a duo of birdies on the front nine. The world number five made another birdie at the 18th, along with two bogeys. He also made a double bogey at the par-three 17th, during which his second shot went into the water, and an eagle at the par-four 15th, which occurred when his tee shot fell just four feet away from the cup.