Stegmaier leads the way at Shriners 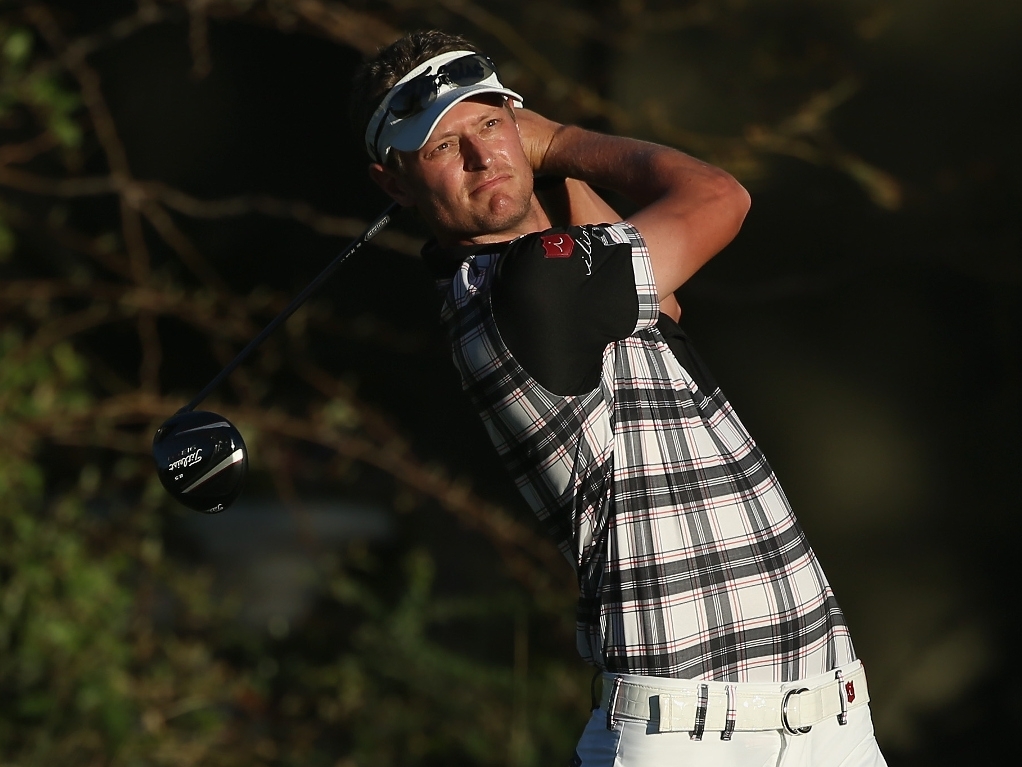 Brett Stegmaier held a one-shot lead when the second round of the Shriners Hospitals for Children Open was suspended due to darkness.

Making just his fifth start on the PGA Tour, Stegmaier was six-under for the day and 11-under for the tournament when he was forced off the course.

First round co-leader Tyler Aldridge, Chad Campbell and Morgan Hoffmann were a stroke off the lead, with a group of six players which includes Jimmy Walker and Nick Watney a further shot back.

Rickie Fowler recovered from a poor opening round to post a 65 on Friday and move to five-under, six shots behind Stegmaier.

Stegmaier began the day on the tenth tee on five-under, and three birdies and an eagle at the par-five 16th got his round off to strong start. A further birdie followed at third, and the 32-year-old will have a 14-foot birdie putt on the par-four seventh when play resumes on Saturday.

Aldridge had an early start to the day, having arrived at TPC Summerlin at 5:30am in order to complete his opening round. He was able to finish with a share of the lead after a 64, but the going was a little slower initially on Friday, with the Idaho native taking the turn on level par for the day.

The 31-year-old made his move late on though, as he birdied three of the last four holes to head into the weekend on 10-under.

Back-to-back rounds of 66 saw Hoffmann charge up the leaderboard, with the former Oklahoma State University man notching up six birdies and a lone bogey on Friday.

Four-time Tour winner Chad Campbell is looking for his first title since 2007, and he looked set to post a clubhouse-high of 11-under, but a bogey at the last saw him drop back to 10-under.

Mark Hubbard is one of those a further shot back on nine-under, although the American still has two holes to play.

After a disappointing one-over 72 on Thursday, Fowler made his move late on Friday. After taking the first nine in level par, the world number five registered five birdies and an eagle at the par-five 13th to complete the back nine in 30 and end with a round of 65.

Defending champion Ben Martin is on four-under after posting a 68.