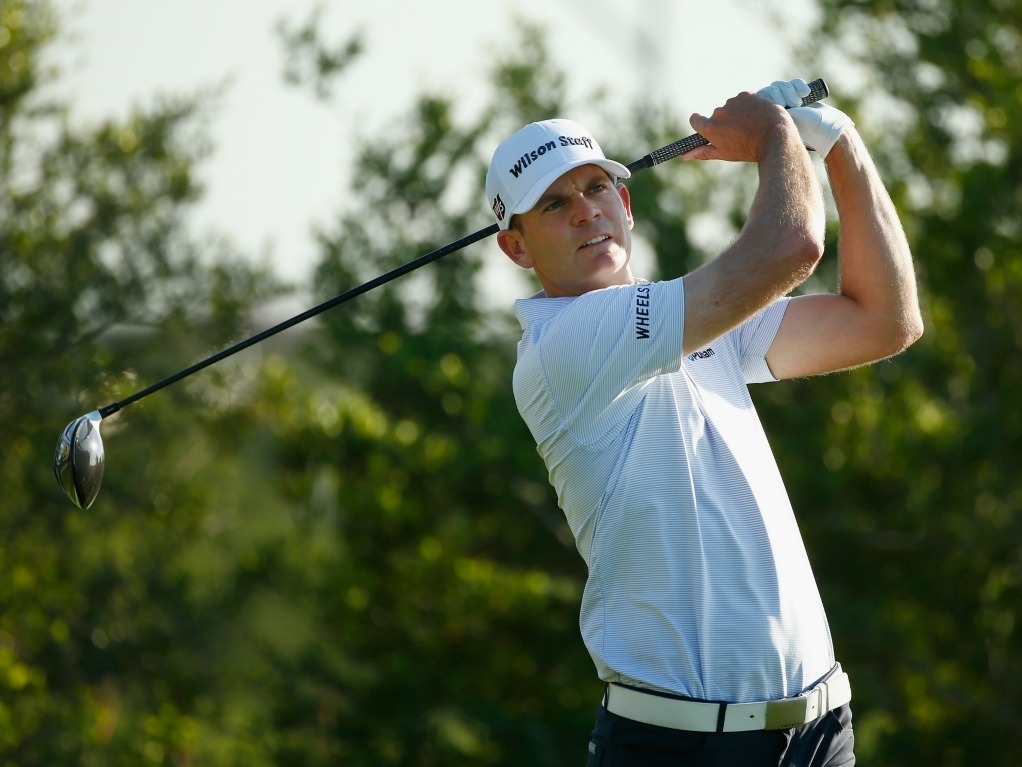 Brendan Steele opened up a two-shot lead as the first round of the Texas Open was suspended due to darkness.

Finishing eight-under-par after 13 rounds, Steele ended two ahead of clubhouse leader Charley Hoffman, who fired a six-under-par 66, and three ahead of Stuart Appleby and Peter Malnati, who carded five-under-par 67s.

Earlier in the day play had to be delayed by more than three hours due to the wet weather conditions in San Antonio, and Steele will be delighted with how he made up for lost time.

The 2011 winner birdied his first three holes before going on to make two more at the 14th and 18th to round off a stellar front nine. He maintained his form on his back nine as he made a hat-trick of birdies from the first to third before before play had to be stopped for the day.

Hoffman's kicked off his round with a trio of birdies on the front nine before going on to make three more to start the back nine, which included a 22-foot putt at the 13th. However, despite stumbling at the 17th, where he recorded a bogey after missing a five-foot par putt, Hoffman atoned for his mistake with his seventh birdie of the round at the 18th.

After a mediocre front nine, which consisted of a birdie and a bogey, Appleby found his groove on the back nine as he made five consecutive birdies from the 14th to the 18th.

Malnati's round of 67 included three birdies and an eagle at the par-four 17th, where his approach shot from 94 yards fell into the cup.

Meanwhile, defending champion Jimmy Walker struggled during his first round as he registered a three-over-par 75, which included a birdie and four bogeys.