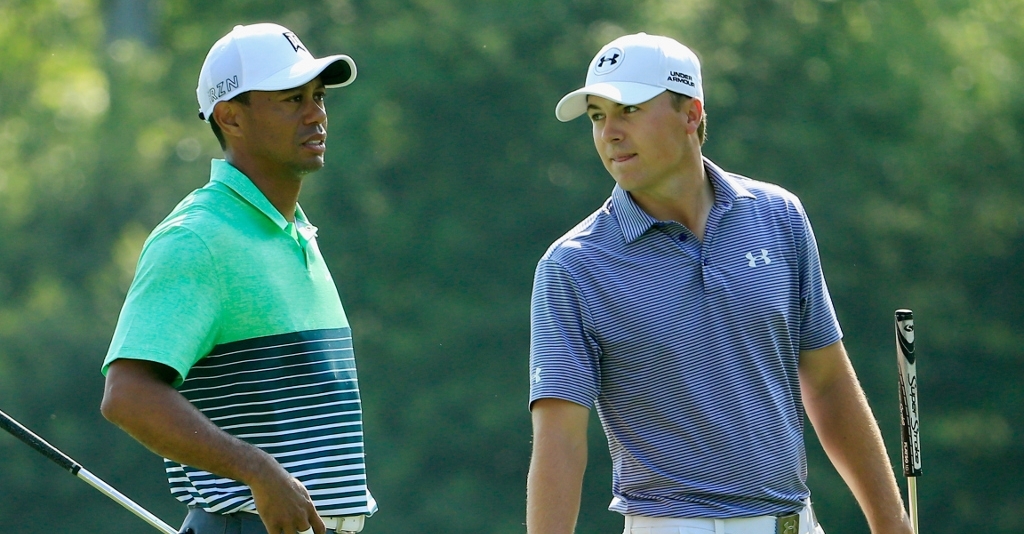 As far as Spieth is concerned, Woods was the man who carried the mantle of greatness after Arnold Palmer and Jack Nicklaus, bringing golf into the 21st century, and every golfer whose come along since owes him a debt of gratitude.

"Tiger Woods deserves a million thank-you notes and a million cases of nice wine from every golfer that's coming up and wants to play the PGA Tour as well as those that are already on the PGA Tour," Spieth said during the first of a two-part interview for Golf Channel's 'Feherty'.

"He 100 percent deserves credit for doing what Arnie did in his day – Arnie and Jack. And taking it to the level it is today.

"He really doesn't get the credit he deserves from us players. We all believe it. I don't think we stress it enough to other people."

While Woods may not like to admit it, Spieth represents the next generation of golf – those who grew up watching him dominate the sport – and it is only as these players grow up and move into the spotlight that the full reach of Woods' influence is being felt.