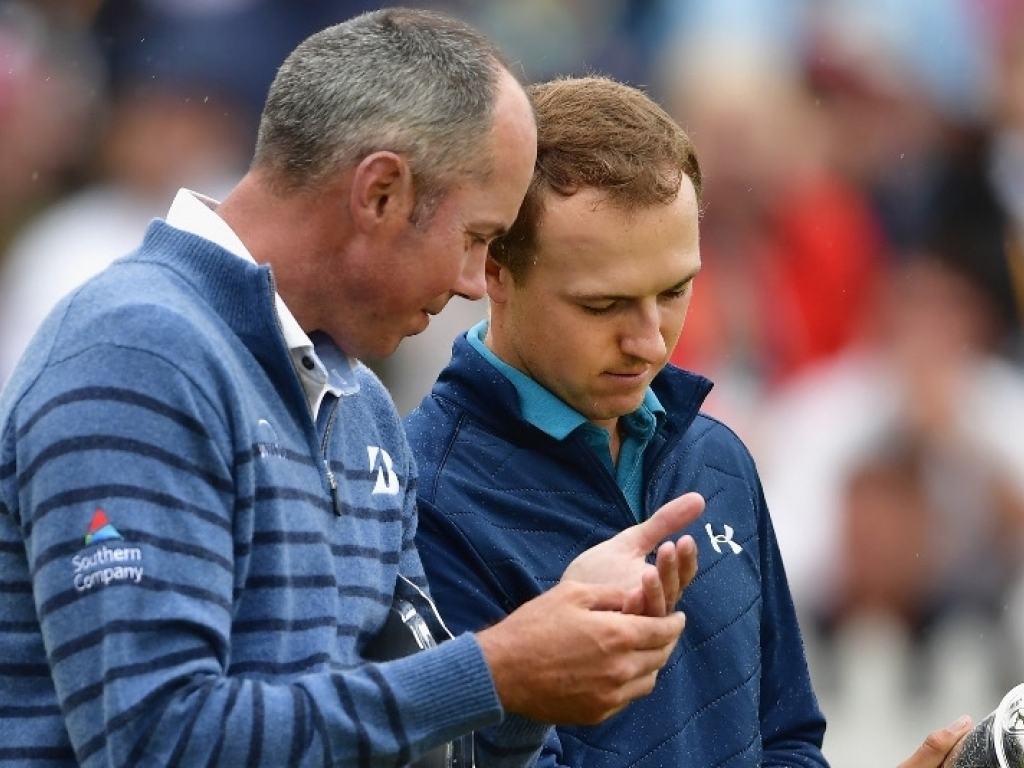 Jordan Spieth commended Matt Kuchar for his conduct after pipping his fellow American to win the Open Championship on Sunday.

Spieth – who has now emerged as the clear favourite in the early PGA betting stakes – fought back from some early disasters to finish 12 under and claim the claret jug by three shots over Kuchar.

"It feels good to have it in my hands," Spieth said. "What an incredible day. Matt, I really enjoyed battling with you, buddy.

"It could have been either one of us but I got the good breaks. What a great champion he is, what a class act."

Spieth's recovery started with a birdie on the 14th, but only after finding the rough on hole 13 and engaging in a lengthy discussion with officials on where to place his drop shot.

"I took about 20 minutes to take one of my shots today and Matt took it in his stride, smiled  and there's not many people who would have done that," Spieth added.

"It says a lot about the kind of guy you are and you set a great example for all of us."