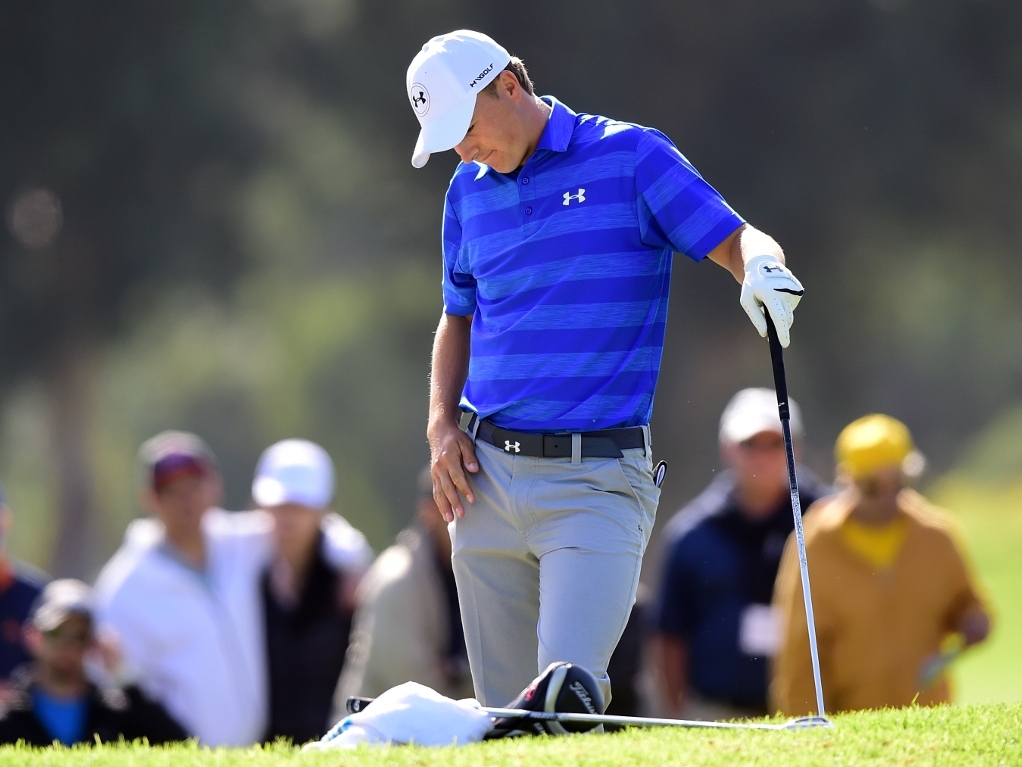 Jordan Spieth endured the worst first round of his PGA Tour career on Thursday when he carded an eight-over-par 79 at the Northern Trust Open.

Spieth trails leader Camilo Villegas by 16 strokes as the Colombian fired an eight-under-par 63 on a day in which 14 players were unable to finish their rounds due to darkness at the Riviera Country Club.

Bubba Watson, Chez Reavie and Luke List are in a tie for second on five-under, while Rory McIlroy is in a group of seven players in a tie for fifth on four-under.

Defending champion James Hahn is in a tie for 56th and trails Villegas by eight strokes after hitting a level-par 71.

Spieth found himself in trouble on the front nine after he missed a number of straightforward par putts to record four bogeys. A rare bright spot came at the seventh when he converted an 18-foot putt for birdie.

The world number one started the back nine with a second birdie at the 10th, but it was all downhill from there as he recorded four more bogeys in the next six holes before concluding his round with a double-bogey at the par-four 18th.

Villegas, meanwhile, enjoyed a day at the other end of the spectrum as he kicked off his round with four birdies on his front nine, which included a 22-foot birdie putt at the 15th. The 34-year-old, who missed the cut at the Phoenix Open two weeks ago, continued his fine run of form on his back nine as he made five more birdies, four of which came in a row from the fifth to eighth, before ending his round with a bogey at the ninth after he missed a four-foot par putt.

Watson made seven birdies and two bogeys during his round of five-under-par 66, while Reavie and List both registered five birdies during their respective rounds.

McIlroy, who is playing at the event for the first time, fared well on his debut as he carded a four-under-par 67. The Ulsterman began with consecutive birdies at the 10th and 11th before missing an 11-foot par putt to record his only bogey at the 15th. Another birdie followed at the 17th before the world number three made two more birdies on his back nine.

Hahn meanwhile began his title defence poorly as he made three bogeys on his front nine before pulling himself back from the brink of a disastrous first round by making four birdies and a bogey on his back nine.