Spieth stays on course at Travelers 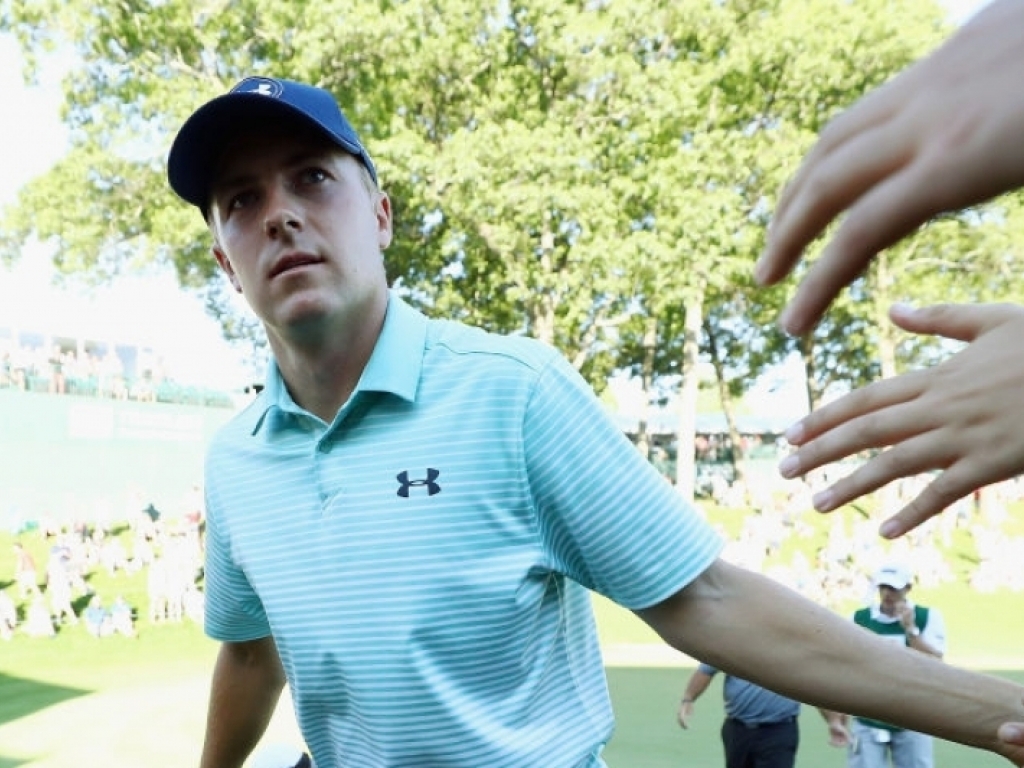 Jordan Spieth maintained his position at the top of the leaderboard at the Travelers Championship on Saturday after firing a third-round 66.

The seven-birdie, three-bogey round on the par-70 course at TPC River Highlands in Cromwell, Connecticut, was enough to keep the two-time major champion one shot ahead of compatriot Boo Weekley (65), who hit five birdies on the back nine.

Spieth had been at the top of the pile all day after birdieing four of his first 11 holes, but his lead quickly disappeared after consecutive bogeys at the 13th and 14th holes.

He quickly regained the dropped shots at the next two holes, before grabbing the lead outright at the final hole when he rolled a 20-footer in for birdie.

Spieth will head into Sunday’s final round looking for his 10th PGA Tour victory. A win this week would see him join Tiger Woods as only the second player in the modern era to secure 10 PGA Tour wins before the age of 24.