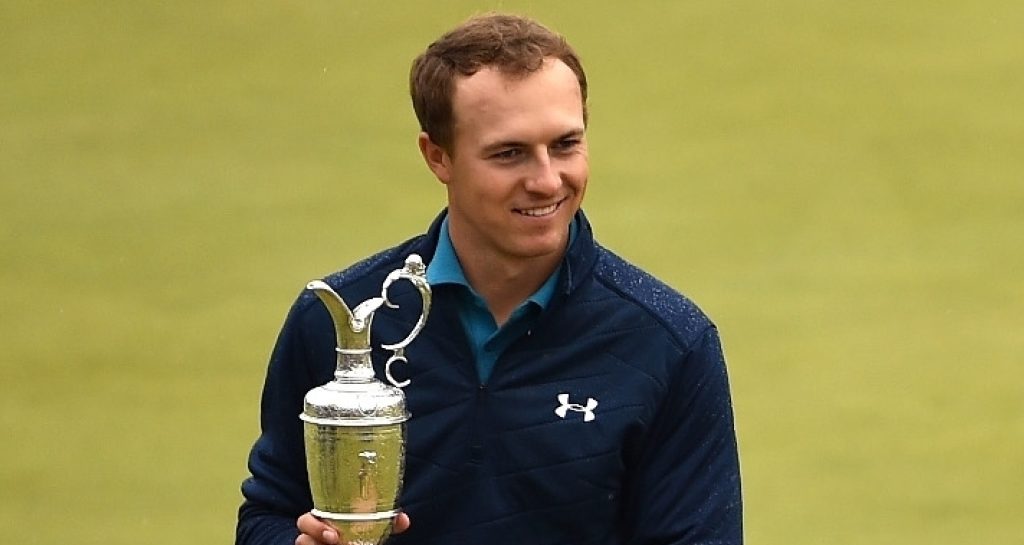 Jordan Spieth explained his emotions after winning The 146th Open on Sunday, despite throwing away his three-shot lead at Royal Birkdale.

The American looked to be in trouble when he took a penalty drop in the 13th, but recovered his form just in time to win his first Claret Jug by a three-shot margin.

"This is one of the most sought-after trophies in the world and the most sought after in our sport and to be able to have my name on it and already see that is a dream come true," Spieth said.

"This is a very special tournament… especially with the two majors in 2015, and we go to 2016 and I had one wrapped up and didn't quite close.

"Those kind of thoughts come into your head on a day like today when I am through four holes and going 'are we going to go through this again?', which took a long time to get over.

"I needed something. Somehow, it came from an errant drive, a crazy drop and a bogey.

"I was uncomfortable on the greens and then all of a sudden, I couldn't miss and I just needed something to click. You hope that comes early in the round but I missed a few of them and then you fall further down."