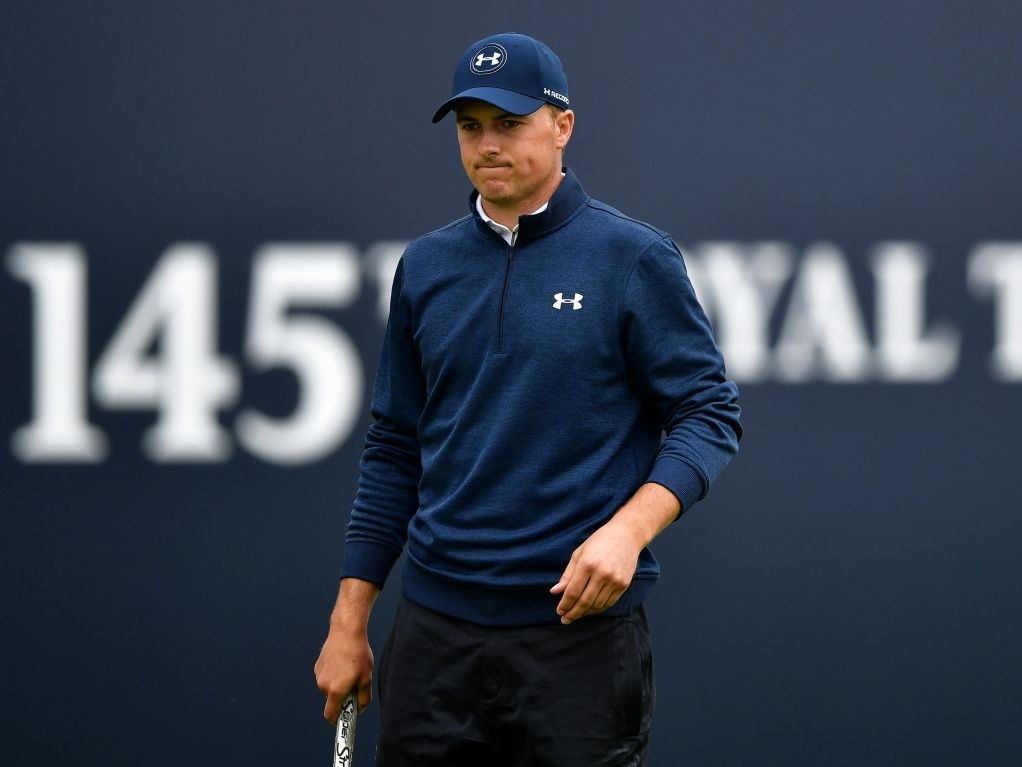 Jordan Spieth squandered a flying start to the third round of the Open Championship that left him questioning the changes to the course set-up.

The world number three made a great start to the day by carding four birdies in only his first seven holes to get back to level par for the competition.

However, he ended on a disappointing 72, following bogeys on the ninth and 10th, before landing a double bogey on the 11th.

The two-time major winner couldn't hide his frustration after the event organisers moved the tees forward on the eighth, 11th, 16th and 17th, while also taking the decision not to cut or roll the greens with strong winds forecast.

"I was disappointed that the tees were up on 16 and 17," Spieth said. "I don't think that did anything to it. Not disappointed, I think it was unnecessary.

"But the one on eight is pretty cool so it's under 100 yards now and you're trying to figure out what club to hit and how to hit it, where to hit it, almost where to lay up. For how strong the wind was when we were on the tee, I thought that was a great set-up."

Spieth has toiled away on the greens this week to little avail but he's hoping to put his bad putting form behind him by the time he reaches the PGA.

"I'm struggling reading them and then because of that I have a tough time hitting a nice, solid putt on a line and being confident about it. I've missed four putts maybe inside of five feet today – a couple from two feet.

"That's something that normally doesn't happen, but I'm just going to put it (down) to this week and forget about it by the time I get to the PGA."