Jordan Spieth out in front after opening day of the Masters 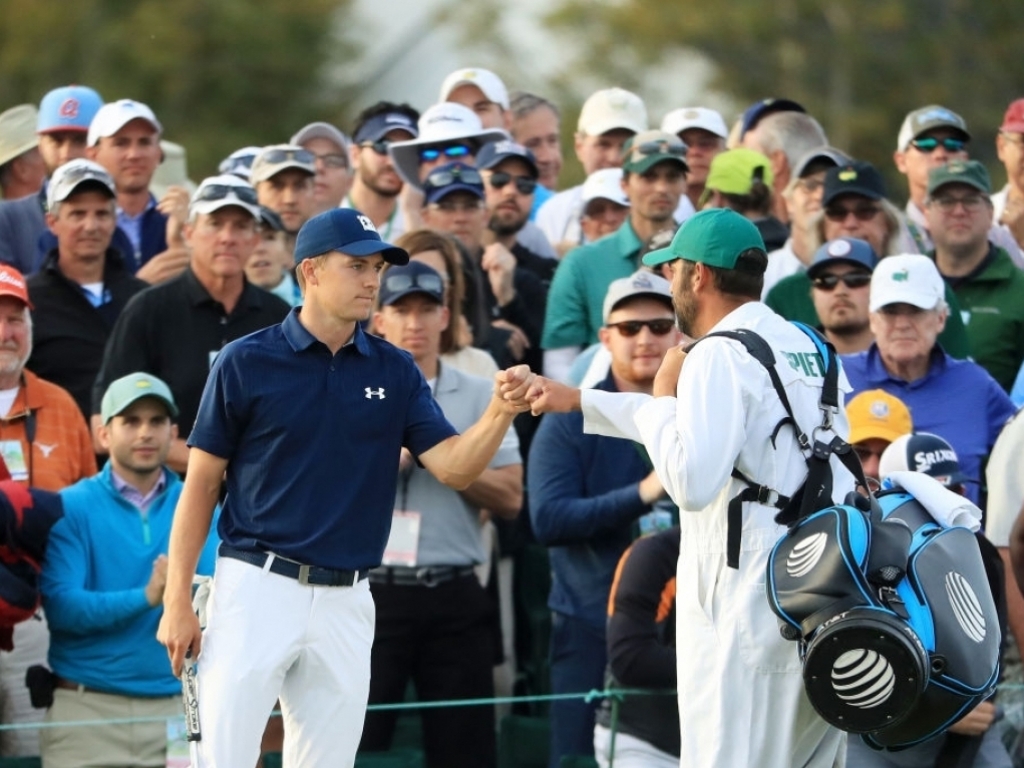 Jordan Spieth claimed the first round lead at the Masters for the third time in four years on Thursday after a sensational six-under par 66.

The 2015 champion ended the day two shots ahead of Tony Finau and Matt Kuchar after an eventful round that included three bogeys, seven birdies and an eagle.

After birdieing the second and third holes, Spieth gave both shots back over the next four before an eagle at the par-5 eighth saw him reach the turn in 34.

On No. 8, @JordanSpieth hits it to 14 feet from 274 yards away, then sinks the putt for an eagle-3. #themasters pic.twitter.com/kp2DKxJ4Cx

Spieth then went on an amazing run of five consecutive birdies from the thirteenth before a wild tee shot on the last hole saw him finish with a bogey.

Finau recovered what looked like a nasty ankle injury suffered during the par-3 contest with a six birdie 68 to end the day tied with Matt Kuchar, who come home in just 31 shots.

Rory McIlroy, who needs a win this week to complete a career grand slam, was in good form, firing a 69 to sit one shot further back at three under alongside Henrik Stenson, Adam Hadwin, Charley Hoffman, Patrick Reed, Rafa Cabrera Bello and China’s Haotong Li.

Four-time champion Tiger Woods shot a one-over par 73 on his Masters return, his round including four bogeys and three birdies, but pars on all four of Augusta’s famed par fives.

"That was the difference in the round," he said.

A solid start for @TigerWoods. 🐦pic.twitter.com/TgUju02SPc

World number one Dustin Johnson ended the day even par, while Justin Thomas shot a two over 74 after a double bogey five at the short 16th.

Defending champion Sergio Garcia made headlines on day one, but for all the wrong reasons as he hit an astonishing five balls in the water at the 15th hole.

Four of Sergio Garcia’s five shots into the water. pic.twitter.com/NzAubcBZ7c

Garcia looks certain to miss the cut, finishing at nine over par after racking up the unwanted record of matching the highest ever single-hole score at the Masters with a 13.

It was also the highest ever score on the 15th hole.