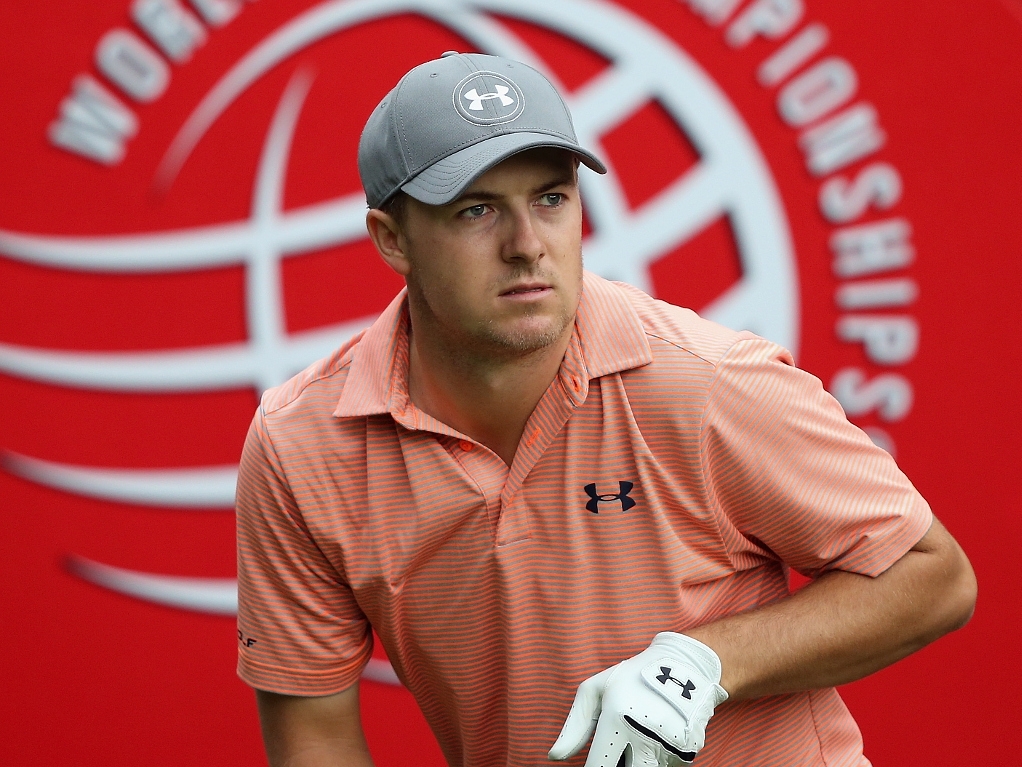 Jordan Spieth carded a nine-under-par 63 in the third round of the WGC-HSBC Champions to move into contention for the title in Shanghai.

After the start of play at Sheshan International was delayed by 30 minutes due to the threat of lightning, only 40 minutes of play was possible before the players were called off the course.

Upon their resumption, Spieth was soon able to make inroads into his 10-shot deficit to halfway leader Kevin Kisner, notching four birdies in his first eight holes to turn in 32.

Spieth will regain the world number one ranking from the absent Jason Day should he finish in the top 13 this week, and gave himself an excellent chance to do just that with an impressive performance on the back nine.

Birdies at 10, 13, 14 and 15 saw him move up the leaderboard rapidly and even though he missed his 15-foot putt for eagle on the last hole, he left himself with a tap-in to compete the best round of the day in Shanghai, which saw him move into a tie for fifth, three shots behind Kisner.

"I've struggled to shoot lower than two or three under on this golf course in the past couple years, but today was the day to do it," Spieth said. "Ball in hand, very little wind and some gettable pins.

"I'm obviously very pleased with the round and getting actually back into contention. At the start of the day I was just trying to have a consistent weekend to kind of get in the rhythm of the season.

"For whatever reason (on Friday), I put some higher expectations (on myself) than what I'd said coming into this week. I shot four under the first day, figured maybe I could do that again. Yesterday's conditions were tough and I lost a few shots because of it.

"(On Saturday) I came out knowing that it was a gettable golf course. I missed four putts inside eight feet – I'm not going to complain about the round but I felt like the way I played could have been 10 or 11 (under), for sure."