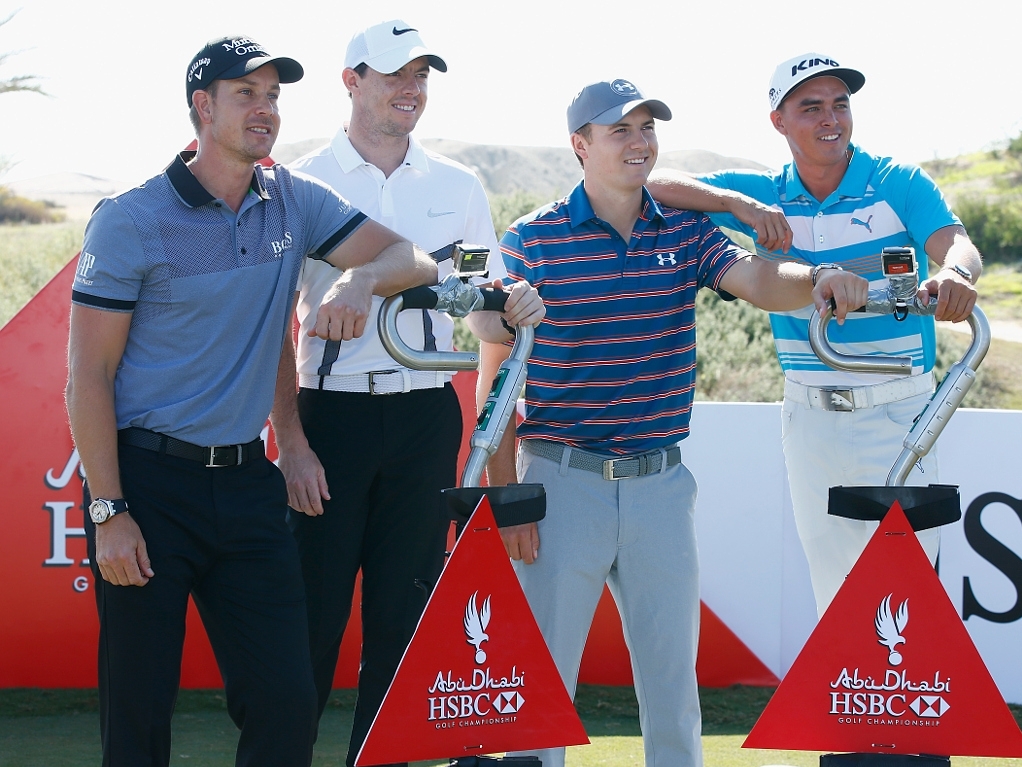 Jordan Spieth, Rory McIlroy and Rickie Fowler are grouped together for the first round of this week's Abu Dhabi Golf Championship.

McIlroy is a four-time major winner and the world number three, and the Ulsterman will be making his first start of the year in the UAE this week. He won last time out – a triumph at the DP World Tour Championship.

World number one and two-time major winner Spieth is the current FedEx Cup champion on the PGA Tour. The started the new season in style, winning the Hyundai Tournament of Champions by eight shots.

Fowler, meanwhile, is ranked sixth and is expected by many to add a major title to his name in the near future, with four top-five finishes at golf's most coveted titles in the last two years.

Will be having a few clashes with these boys this year! The race has started at #ADGolfChamps #AnyonesGame pic.twitter.com/xGkw3XyzHu

Earlier, Spieth admitted that he is aware that McIlroy will be gunning for him in 2016.

"In a season that he considered lost, he still came back and ended up winning the Race To Dubai and that proves what a player he is," Spieth told The Telegraph.

"I'm sure there are very few players who have been working harder than he is to make this season his best season yet – and that is scary. Hopefully I can prevent that to an extent."

Fowler too expects this week's tournament to be the stage for some top quality golf.

"It would be fun to kind of get the three of us going and see if we can push each other and all have a good week," Fowler told Golfweek.

"I want to see those guys play well, because I feel it brings out the best in me, and I feel like I can push and motivate them as well."