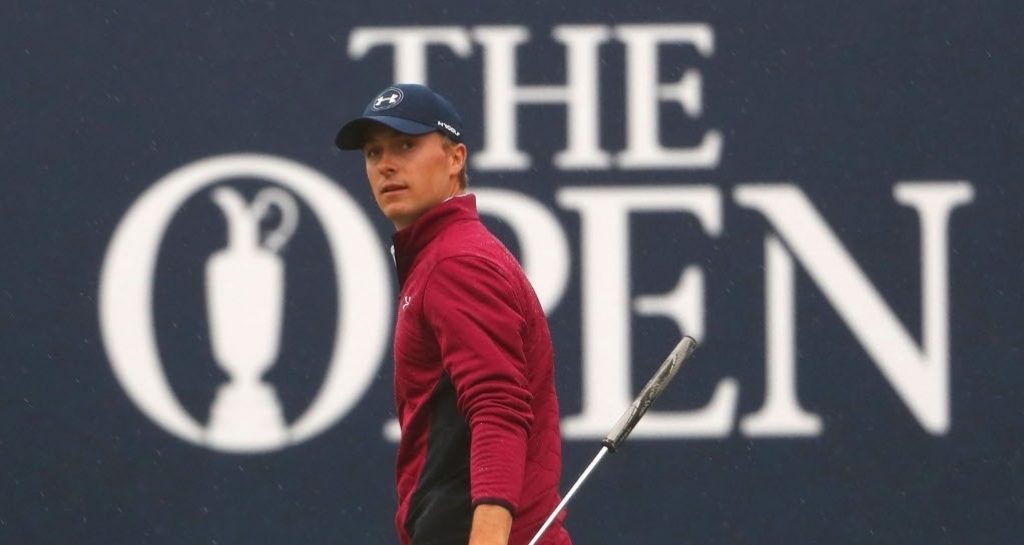 The rain and the wind didn't stop Jordan Spieth at Royal Birkdale on Friday, as the young American opened up a commanding two-stroke lead.

Despite the brutal on-course conditions greeting the afternoon starters – Spieth included – the American managed to add a one-under-par 69 to his opening 65.

That took his total to six under par – an excellent return on a day where damage limitation was the order of the day for most of the field.

By the end of the day's play, only nine players still found themselves under par.

Catch up with all the action from a wet, windy and exciting Round 2 at Royal Birkdale. #TheOpen pic.twitter.com/PY1BfctIz2

Spieth lies two shots clear of nearest rival Matt Kuchar, whose level-par 71 kept him at four under, and a further shot ahead of Englishman Ian Poulter and Brooks Koepka.

Poulter, who can count himself lucky to even be playing this week, continued to make the most of his good fortune, a level-par 70 on Friday good enough for a share of third place.

"This is a massive bonus for me to be in this position. I haven’t played in a major for a little while, and I can’t wait. I’m excited. I’m pumped up,” said Poulter.

A birdie for @IanJamesPoulter on the 12th takes him to -4 and within one shot of the leaders. #TheOpen #NTTDataWall
👉https://t.co/ZBw1iLvFn2 pic.twitter.com/Qt8Pfhjt4N

Koepka held a share of the lead with Spieth overnight, but did not prove as immune to the conditions as his countryman, shooting a two-over 72 that nevertheless keeps him in the hunt.

Scotland's Richie Ramsay follows on two under par, while Rory McIlroy's incredible comeback continued as he lifted himself into a tie for sixth on one under thanks to a second-round 68 – one of the best rounds of the day.

"I couldn't ask to be in a better position after yesterday, having been five over through six yesterday and now be in the clubhouse after two rounds under par," said the Northern Irishman.

Downs and ups at @RoyalBirkdale_@McIlroyRory‘s first 27 holes of #TheOpen pic.twitter.com/sNSH6CrmEh

Among those on level par, five back, are World No 2 Hideki Matsuyama and two-time Masters champion Bubba Watson.

The day belonged to Spieth, however, whose six-under-par score is equal to the lowest ever 36-hole score in an Open at Birkdale.

The American had a highly eventful day, mixing three birdies, four bogeys and a spectacular eagle in his 69.

The highlight of his round was undoubtedly the eagle at the par-5 15th. Spieth's second shot out of the rough got a fortunate bounce and ran 80 yards all the way up to within 20 feet of the hole.

The putt dropped to briefly hand the American a three-shot lead over the rest of the field, though a bogey at 16 would bring him back to within two.

Still an excellent day at the office for Spieth, who has now given himself a real look at a third major title.

“Any time you’re in the last group of a major at the weekend, you get nervous but I’ll embrace it.”