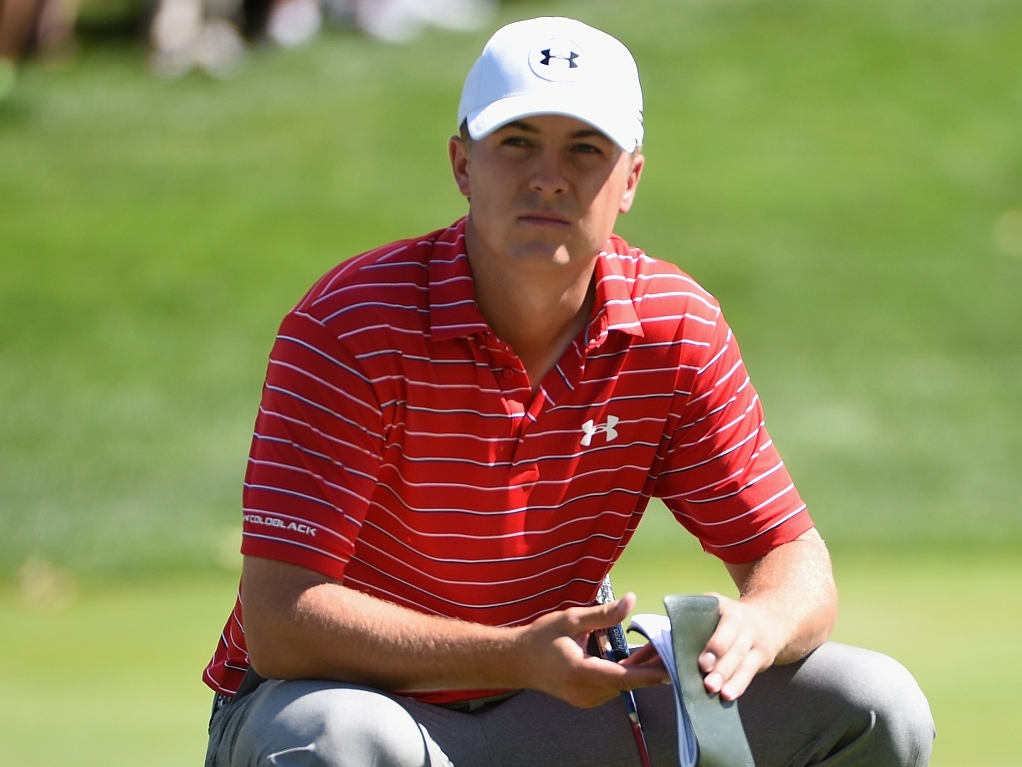 Jordan Spieth will lose his world number one ranking to Rory McIlroy after missing the cut at The Barclays on Friday.

The 22-year-old Spieth overtook McIroy at the top of the rankings a fortnight ago having won the Masters and US Open titles and finished second behind Jason Day at the PGA Championship.

However, the American has had a terrible time at the first of the PGA Tour's four play-off series events; carding scores of 74 and 73 to finish five shots over the cut.

Spieth is the first player to to miss the cut in his first start as world number one, although his two-week reign at the top of the rankings isn't the shortest recorded. That dubious honour belongs to Tom Lehman, who held the position for just one week in 1997.

"I don't know exactly what I'm going to do from here as far as how I get prepared for next week [the Deutsche Bank Championship] but I have some time to figure it out," Spieth said from the clubhouse following his round on Friday.

"I'm definitely searching for answers. I've reached that peak already and I know it's going to be close enough to where if I just get the job done next week, I'll be back in that ranking.

"But again, that ranking, it's great once you reach it but it's not something that I'm going to live or die on each week. It doesn't really make much of a difference."

Not only will Spieth lose his top ranking, his number one spot in the FedEx Cup points list is also on the line and Barclays leader Bubba Watson has an opportunity to overtake him with a win this weekend. Spieth, though, isn't too concerned about that possibility.

"Billy Horschel won the FedEx Cup after missing the cut in the first event last year, and I'm in a better position to win the FedEx Cup than he was at the time. So why can't I do it, you know?" Spieth added.