Spieth leads the way at the Masters 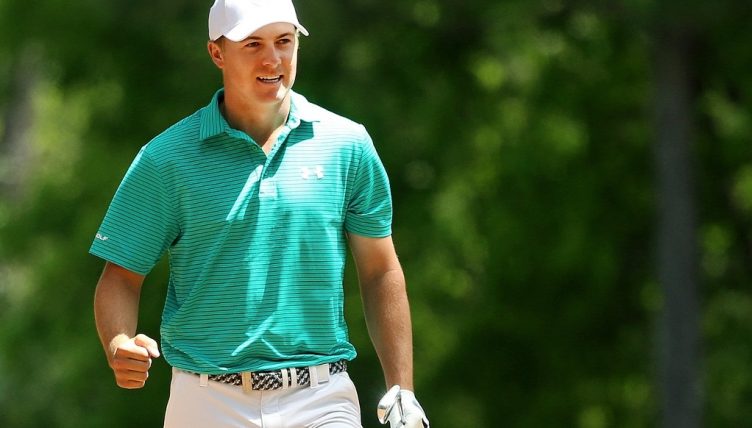 Jordan Spieth's love affair with the Masters continued as he carded a six-under-par 66 to take a two-shot lead after Thursday's opening round.

The defending champion was in ominous form once again as he wooed the crowds at Augusta National with a superb bogey-free round on a blustery day in Georgia.

Danny Lee and Shane Lowry are Spieth’s closest competitors after they fired four-under-par 68s, while Justin Rose and Paul Casey were among a large group in a tie for fourth on three-under.

World number three Rory McIlroy is four shots behind Spieth in a tie for ninth, while world number one Jason Day found himself six strokes adrift of the lead in a tie for 21st after he faltered late on.

Both McIlroy and Day had appeared destined for more, but both stumbled on their closing holes. McIlroy had climbed to four-under after a birdie at 15, but a bogey at the 16th after a mediocre tee shot was followed soon after by a poor approach to the 18th which found the sand.

Day had suffered a similar fate not much earlier. The Australian was on five-under when he strode to the 15th tee, but a poor wedge after laying up led to a three-putt and a bogey, but worse was to come when he found the water from the tee at the 16th and could only limp away with a triple bogey, his first at the Masters. Another poor tee shot at 17th saw the world number one drop a further shot.

It was Day who had hogged the headlines prior to the tournament, it was Spieth who was once again basking in the spotlight by the end of Thursday's play.

The world number two, who completed a wire-to-wire win last year to become the second-youngest Masters champion, began his title defence with a six-foot birdie at the third before following it up with a 13-foot birdie putt at the sixth and another birdie at the eighth.

Spieth maintained his momentum on the back nine as he started with an 11-foot birdie putt at the 10th before another followed at the 13th after he narrowly missed a 12-foot eagle putt. The American concluded his round in style as he converted his sixth birdie at the 18th to put him on track to join Jack Nicklaus, Nick Faldo and Tiger Woods as the only players to win back-to-back Masters.

Lee, who has only recorded one top-10 finish this year, endured a slightly turbulent front nine as be made four birdies and two bogeys, but the New Zealander made his charge on the back nine as he registered three birdies to put himself within touching distance of Spieth.

Lowry, who failed to make the cut at the Houston Open last week, was in sensational form in his second appearance at the Masters as he made four consecutive birdies before rounding off the front nine with another birdie at the eighth. However, even though the Irishman was unable to replicate his front nine performance on the back nine, he still found himself in an excellent spot at the end of the first round.

Rose and Casey mirrored each other's performances, with the Englishmen both making six birdies and three bogeys in their rounds of 69.

McIlroy, who hit a 70 and is looking to win his first Masters title, was in great form early on as he made three birdies and a bogey on the front nine. Despite starting the back nine with a bogey at the 11th, the Ulsterman converted a 17-foot eagle putt to atone for his mistake and followed it up with a birdie at the 15th. However, bogeys at the 16th and 18th saw McIlroy fall from being in a tie for fourth into a tie for ninth.

Day started the day as the bookies favourite after triumphing in his last two tournaments – the Arnold Palmer Invitational and WGC-Dell Match Play, but there were concerns about the Australian's health as he had succumbed to flu-like symptoms earlier in the week. He began his round of 72 with an 11-foot eagle putt at the second before proceeding to make a trio of birdies to record a career-best front nine at Augusta National.

However, the world number one’s fortunes took a turn for the worse on the back nine and he'll head home on Thursday frustrated to have faltered, but well aware that there are many more twists still in this tale.