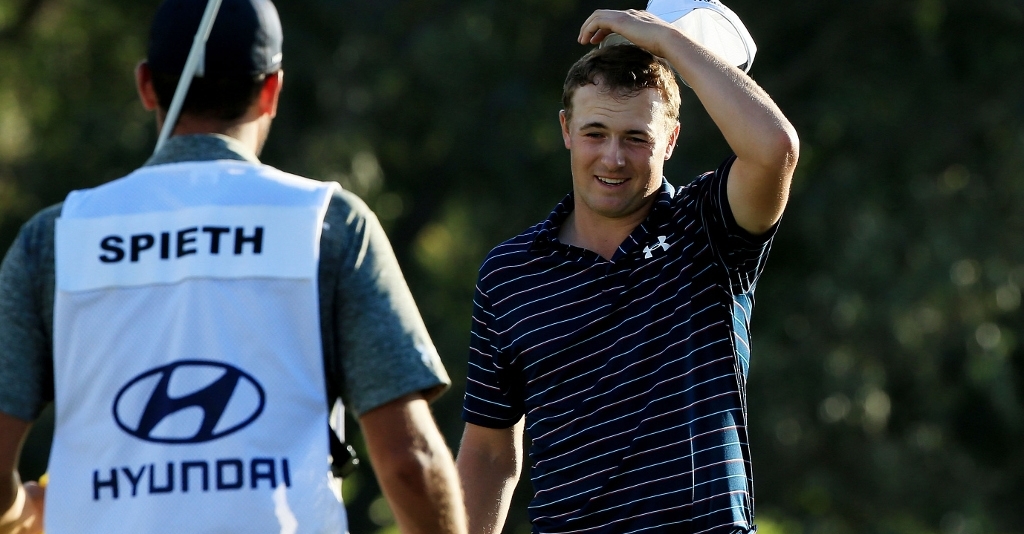 After winning the Tournament of Champions, Jordan Spieth has equalled another record once held solely by Tiger Woods.

Prior to Spieth's incredible eight-shot victory in Hawaii on Sunday, only former world number one Woods had managed to win seven PGA Tour events before the age of 23.

But 22-year-old Spieth now has seven wins as well, and at the rate he's going, he could have a couple more before his birthday on July 27.

Spieth finished on 30 under par after a final-round 67 at Kapalua Resort to get his year off to a perfect start.

"I'll try and continue exactly what we were doing last year," said Spieth, who won the Masters and the US Open in 2015.

Asked how he felt about equalling Woods' record, he said: "I don't think there's any reason to compare. What Tiger's done, I can't imagine ever being done again, but it's nice to be in that company."

Spieth also became only the second player ever to finish a 72-hole event on the PGA Tour at 30 under par or lower, after South African Ernie Els did it at the same tournament back in 2003.

Riding high at the top of the world rankings, Spieth looks like he doesn't have a problem in the world, although he admits he sometimes lets comments on social media get to him.

"I struggle a bit with social media," he said. "Trying to quiet the noise there, just people that just want to make comments that — so I've just gone away from looking at any comments on Instagram, Twitter. People just want to say stuff just to say stuff. You guys see it everywhere. That's the hardest part for us now is actually social media."

"I think just accepting that everyone's just going to say something, we just go about our own business," he added. "That's what we did last year. We just tried to stay real quiet about everything, just keep everything within our team, our goals, what the plan was for the weeks, that's how we did it. This year? Yeah, I mean, I have as high expectations as anybody else. So, if I'm not reaching my own, I'm going to be upset with myself. I'm not going to let other people's expectations take the best of me."