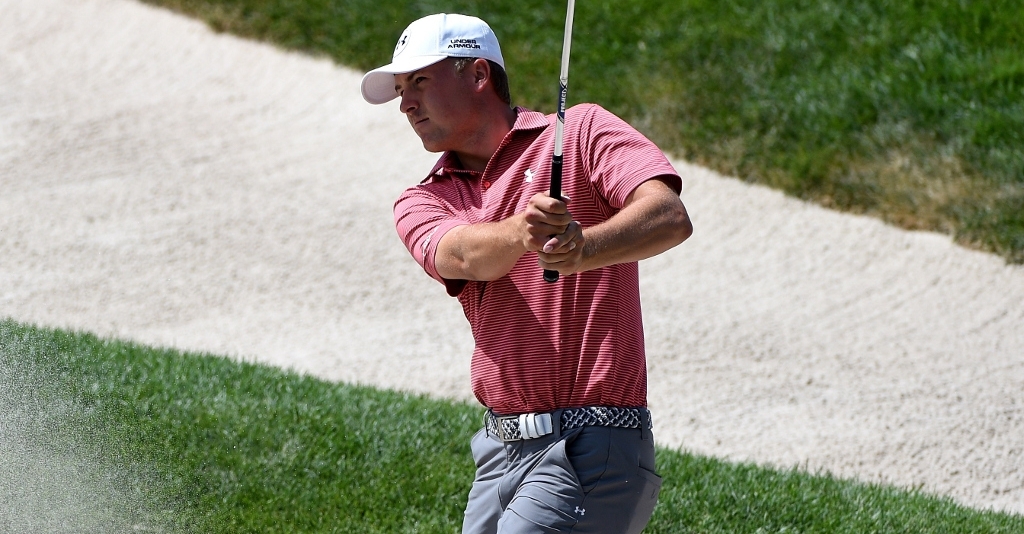 Jordan Spieth needs a solid showing at this week's Barclays tournament to hold on to the top spot in the world rankings.

The American, a 6/1 favourite to triumph at the FedEx Cup opener this week, overtook Rory McIlroy as the new world number one following his runner-up finish at the PGA Championship two weeks ago.

But despite the Northern Irishman not featuring at Plainfield Country Club this week, Spieth would still drop down to No 2 if he doesn't finish at least tied-14th.

"I'd like to obviously hold [the world No 1 ranking]," Spieth told a pre-tournament press conference. "There are people, plenty of guys on the Tour right now that have held that position for longer than a week, and I'm happy to be in that position now.

"I don't know the feeling of trying to hold No 1 because now you're the one with the target and everyone else is chasing towards that position.

"The only way I think about going about it is just focusing on this week. If you win each week, you're going to stay No 1 and in my mind, the goal is to approach each tournament to try and win."

Spieth will tee off on Thursday alongside PGA champion Jason Day and two-time Masters winner Bubba Watson in the marquee group of the day.

He may already have had an amazing year, but he's at motivated as ever to maintain his form during the season-ending FedEx Cup play-offs.

"It's been a fantastic year and we've gone about our business the way we wanted to," Spieth added. "Last year I wore myself out a bit, as we did four straight weeks versus a week off here.

"Now the major season is over, which is where we wanted to peak, we've sat back and looked at how we can get that same kind of momentum to where we can try and peak for the Tour Championship."

Do you think Spieth is a cinch at 6/1? If so, head on over to Paddy Power to back him for the Barclays.