Spieth full of praise for Day 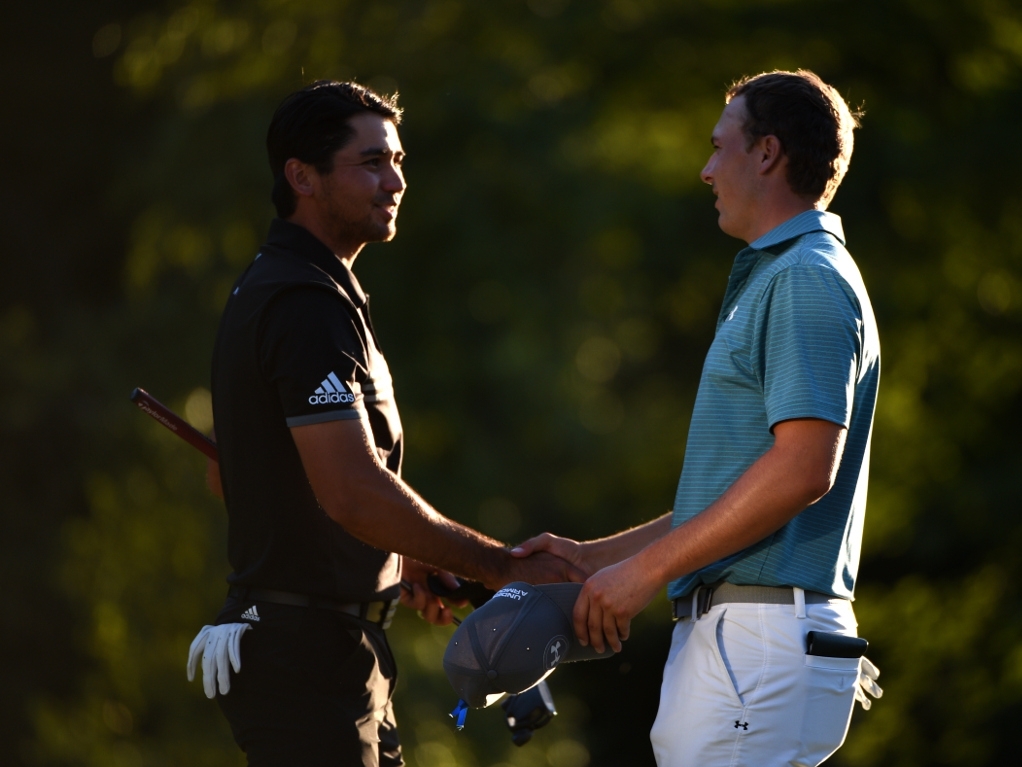 Jordan Spieth and Jason Day may be rivals, but that doesn't mean that they can't appreciate each other's play.

The pair played alongside each other on numerous occasions in 2015 as they rose up the rankings and battled it out for the title of world number one.

Speaking ahead of this week's Australian Open, Spieth has said he is relishing facing off against the Queenslander in the future.

"I played a lot of golf with Jason this year and what a nice guy he is," Spieth told reporters in Sydney. "At the end of the year, I've played with him so often I have dreams of him saying 'Jords, have a good day today'.

"I'm certainly jealous of how far he hits the ball and how great a ball striker he is. What a fantastic mental game: he's extremely confident in who he is and how he plays and he's a big time threat. He's as big a threat as any."

The Texan will have to wait for another chance to go head-to-head with Day, with the Australian not taking part in this week's event following the birth of his second child in the United States earlier this month.

Spieth's rivalries with Day and former world number one Rory McIlroy have been a big talking point this year, but Spieth has insisted that he is focused on repeating – and improving on – his magnificent 2015 season which started with a win at the Australian Open and ended with success at the FedEx Cup play-offs, having won the Masters, the U.S Open, and a number of other titles along the way.

"There was so many comparisons this year with so many different people: there was me with Rory (McIlroy), Rory with Jason, me with Jason," he said. "Golf's in a good place for young players who are fearless and want to perform on the bigger stages.

"I am pleased to be one of the many but it's tough to call it a rivalry. It's more just good fun for us doing what we love to do."