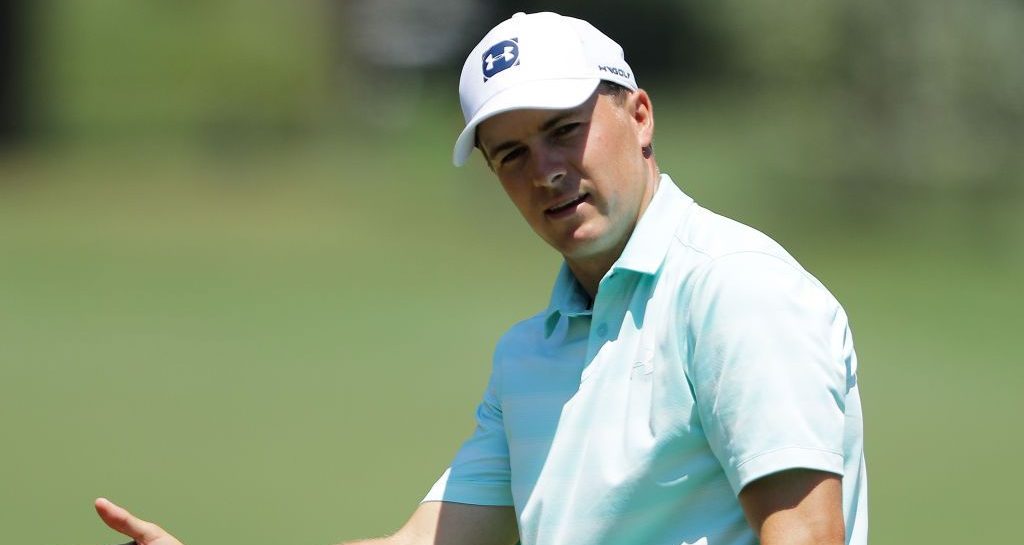 Three-time major champion Jordan Spieth arrives at the PGA Championship in St Louis this week for a second crack at a ‘career grand slam’, but the American’s unpredictable form this year means his chances of achieving that dream could go either way.

Spieth arrives at Bellerive Country Club needing a victory to put his name alongside the game’s greats – Gene Sarazen, Ben Hogan, Gary Player, Jack Nicklaus and Tiger Woods – as only the sixth player ever to win all four majors.

The 25-year-old has endured a frustrating time since his victory at last year’s Open Championship at Royal Birkdale, although he has been close to winning on several occasions.

Last month’s Open Championship at Carnoustie saw his latest brush with glory, Spieth sharing the lead going into the final round only for his challenge to flounder as he shot a five-over-par 76 to finish well out of contention.

What will it take for Jordan Spieth to win this week and complete the career Grand Slam?#PGAChamp pic.twitter.com/CLNToT1wxE

Still, the failure has not dented Spieth’s self confidence.

“I believe that my best golf has yet to come, absolutely,” he told reporters. “Even better than (2015), all that, yeah. It’s all there, and it’s moving in the right direction. So I’m actually very pleased coming out of this week.”

The Spieth of 2018 is still a long way from the Spieth of 2015, the year that saw him capture the Masters and U.S Open, while finishing tied for fourth at the Open and runner-up at the PGA.

Inconsistency, particularly with the putter, has been the problem. After his decent Open showing, he could only manage a tie for 60th spot at last week’s WGC-Bridgestone Invitational.

“I believe that going through struggles, you start to realize where your tendencies are and how to compensate for it and turn them into advantages,” Spieth said recently. “I think that I have that going for me.”