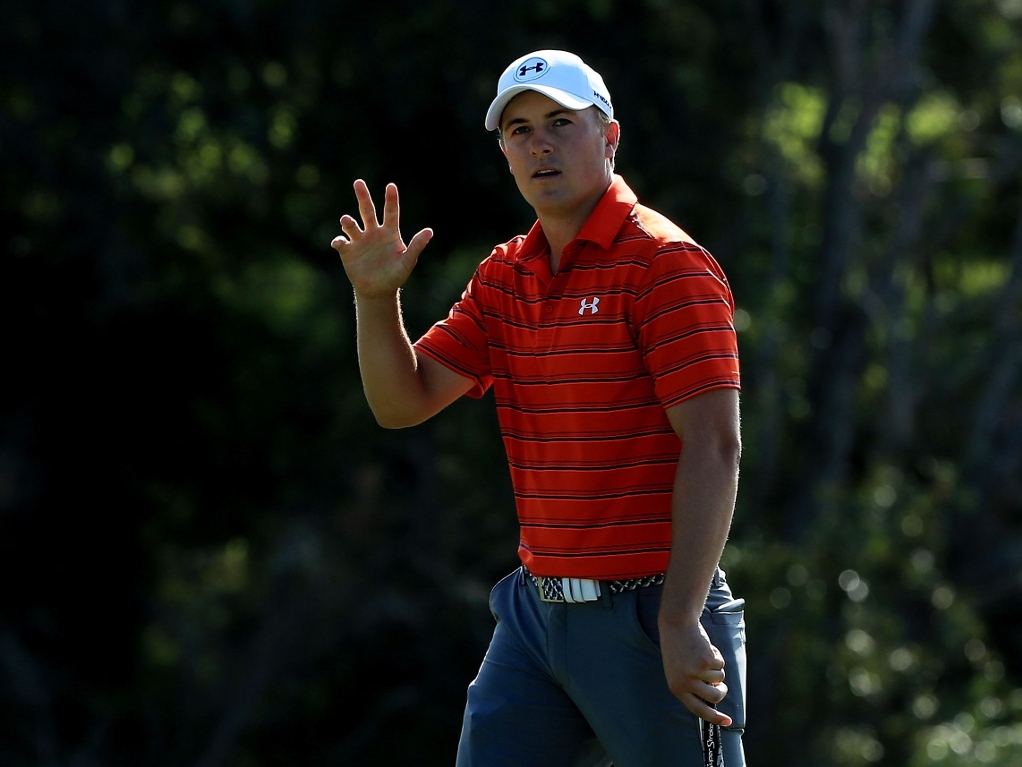 Jordan Spieth fired an eight-under-par 65 to increase his lead to five strokes after the third round of the Tournament of Champions.

Spieth’s closest competitor is Brooks Koepka, who surged up six places on the leaderboard following a round of 63 that left him on 19-under.

Defending champion Patrick Reed slipped from second to third and remains on 18-under, while Brandt Snedeker and Fabian Gomez are in a tie for fourth on 15-under.

Jason Day found himself in a tie for 20th after carding a four-under-par 69, but it still leaves him 17 strokes behind Spieth.

Meanwhile, Bubba Watson is in a tie for 15th on nine-under, while Rickie Fowler finished on 14-under and is currently in a tie for sixth.

Spieth, who finished on 24-under, began his round on a high as he made four consecutive birdies from the third to the sixth before recording his first and only bogey of the round at the eighth, which occurred when he missed a seven-foot par putt.

Spieth bounced back from the bogey by converting a 46-foot birdie putt at the 12th before he went on to make two more birdies at the 14th and 15th. The world number one concluded his round with a brilliant nine-foot eagle putt at the 18th.

Koepka began his round in style as he converted six successive birdies from the third to the eighth before carrying his momentum into the back nine, where he made four more birdies, including a 16-footer at the 17th.

Reed, who hit a six-under-par 67, had a fairly quiet front nine as it consisted of just two birdies and seven pars. However, he shifted his game to the next gear on the back nine as he made a hat-trick of birdies from the 14th to 16th before making another one at the 18th.

After recording scores in the 70s in the first two rounds, Day had a better showing on Saturday as he began his round of 69 with three birdies and two bogeys on the front nine.

However, while the reigning PGA Championship champion did register two more bogeys on the back nine, he did convert five birdies, which included a 20-foot putt at the 13th.

Watson endured a turbulent round and slipped down seven spots on the leaderboard as he fired a level-par 73, which consisted of three birdies and three bogeys. Fowler on the other hand retained his position despite carding a four-under-par 69, which included four birdies, two bogeys and an incredible 91-foot chip shot that earned him an eagle at the fifth.